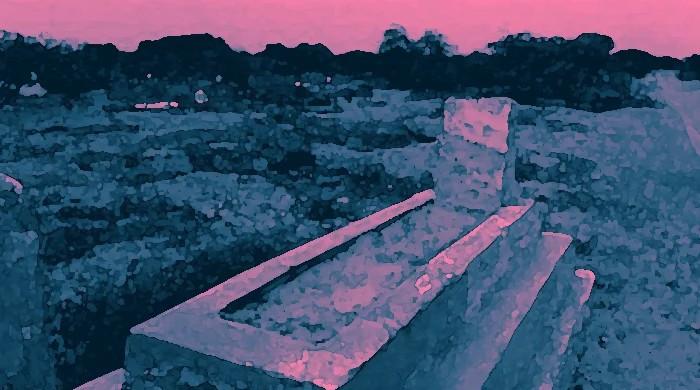 Thatta: In a shocking incident, unidentified persons dug the grave of a freshly buried teenage girl in Maulvi Ashraf Chandio village of Thatta on Saturday and raped her body.

The incident took place at Shah Inayat Cemetery in Ghulamullah town, where the girl was buried a day earlier.

Residents reported the girl’s body to police Sunday after it was found in the bushes near the cemetery.

Upon receiving the information, the police shifted the body to Civil Hospital Mukli for postmortem. The victim’s parents lamented that her young daughter’s body had been sexually abused by unknown “foreigners”.

According to Dawn.com, the victim’s parents said they believed a local thug, the son of a village landlord, was involved in the crime.

According to the newspaper report, the parents said that their daughter had died due to natural causes. When the parents found the body the next day, they said it showed signs of abuse.

The suspect was killed in an encounter, police confirmed.

Police confirmed Sunday that one suspect was allegedly involved in digging the girl’s grave and raping her body.

In November 2019, unidentified men dug up a woman’s grave in a cemetery in the Landhi Town area of ​​the city and raped her body. The victim’s family says they do not want to register a case in connection with the horrific incident.

A large number of the woman’s relatives as well as her neighbors reached the Ismail Goth cemetery after being warned of the heinous act. They were informed that some men had dug the grave of the deceased – who had been buried just a day earlier – and raped the body.