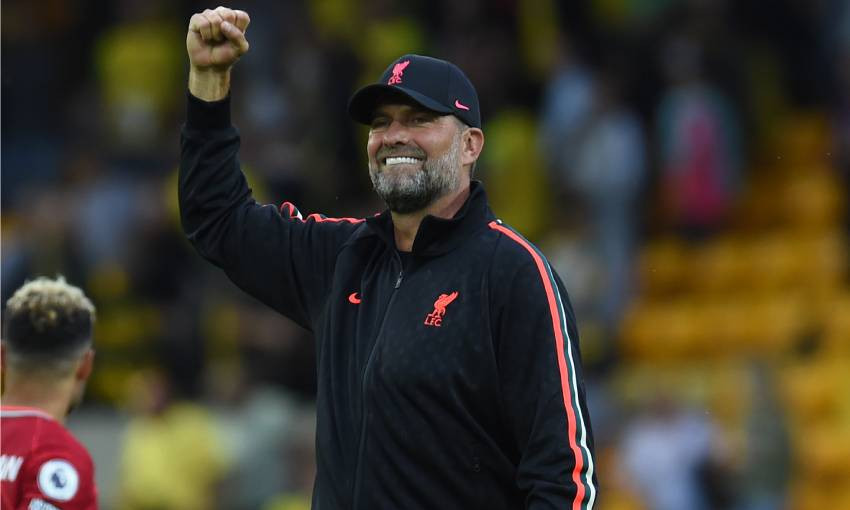 Liverpool manager Jurgen Klopp announced that “football is back” when his side began their Premier League campaign with a 3-0 win over Norwich City on a crowded Caro Road on Saturday.

Klopp may have suffered the most damage during the Covedition 19 ban, which meant their 2019-20 title season, their first since 1990, ended in an empty stadium.

Although the epidemic is still raging, the lifting of restrictions in the UK means the season has begun with the traditional atmosphere inside the stadium.

Advanced Norwich fans were in good spirits and although Liverpool ruined the party, Klopp said it was a day for all fans to celebrate the return of normalcy.

“It’s great to see the fans back and I hope Norwich also celebrated because they had an extraordinary season,” Klopp said. “The opportunity was great. It was exactly what we had hoped for and what we had been missing for so long.

“I also admired Norwich’s fans because it’s great to see fans come back from everywhere. I could see in the eyes of the players that they had to get used to it again. Everyone has to get used to the environment.

“That’s great. Football is back.”

Goals from Diego Jotta, Roberto Firmino and Mohamed Salah sealed the points and it was probably a good omen for Liverpool to beat Norwich on their opening day in 2019.

The mood of the clip was further heightened when key defender Virgil Van Dyk came out of the game after being injured for nine months.

“It’s been a long time coming out and after the pre-season, coming back to the pitch feels different, you can watch all of his classes,” Klopp said.

“It was hard for him to go 90 minutes. We’ll see if he has enough time to recover.”

For Norwich, this was the 11th consecutive defeat in the Premier League when they lost their last 10 in 2020.

But manager Daniel Farke said it was a tough pre-season with not many players available.

“A lot of time was lost. A lot of our players were out. The energy was there and we competed for 65 minutes,” he said. “The second goal made it difficult. But I was glad we didn’t concede after three goals.”

“This is our living room (Caro Road) and we have a special relationship and alliance with our supporters. I think they appreciate our work. It was great to receive this welcome and humility,” the German said.