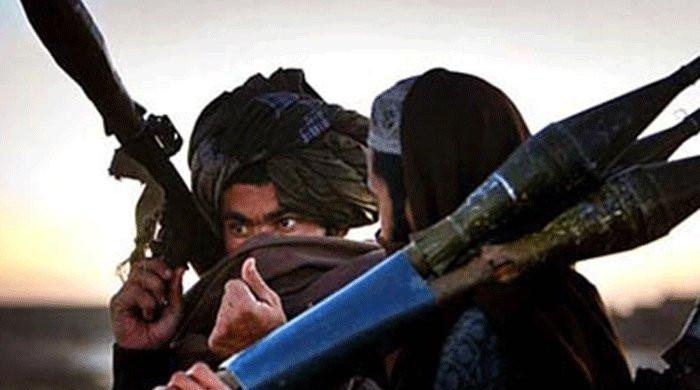 Hours after capturing Dzhalal-Abad, Taliban fighters arrived at the gates of Kabul on Sunday afternoon.

NATO officials say EU embassy staff and envoys have been evacuated to an unknown, safe location.

A US official confirmed that about 50 US embassy staff were in Kabul as the Taliban entered the capital.

“We do not want to kill innocent, isolated Afghan citizens,” a Taliban spokesman told a foreign news agency. “We have not declared a ceasefire,” he added.

The Taliban announced that they did not intend to enter the city by force or coercion.

Former Afghan ambassador to Germany Ali Ahmad Jalali has been appointed head of the new interim government in Afghanistan.

According to Afghan media, talks between the Taliban and the Afghan government are taking place inside the ARG presidential palace in Kabul, as Taliban fighters wait at Kabul’s gates for further instructions.

Meanwhile, Taliban co-founder Abdul Ghani Baradar is reportedly preparing to arrive in Afghanistan from Doha, where he was leading a Taliban delegation to talks with envoys from various governments.

Kabul will not be attacked, Afghan Interior Minister

“Afghan forces, including police and special forces, have been instructed to maintain law and order in Kabul,” he tweeted.

Afghan officials confirmed Sunday that Taliban fighters have reached the outskirts of Kabul but have not yet entered the city.

However, the Taliban announced that they did not intend to seize the city by force.

Shortly after arriving in Kabul, the Taliban released hundreds of prisoners from Pul-e-Charkhi, Afghanistan’s largest prison.

No plans to vacate embassy in Kabul: Russia

Russia does not intend to evacuate its embassy in Kabul because Taliban fighters have reached the outskirts of the capital, Foreign Ministry official Zamir Kabulov told Interfax News Agency.

Kabulov said he was in “direct contact” with Moscow’s ambassador to Kabul, and that Russian embassy staff were continuing to work “calmly” and that there were “no plans to evacuate”.

In early May, the North Atlantic Treaty Organization (NATO) began the final withdrawal from its mission in Afghanistan, which included 9,600 troops – 2,500 of them Americans.

After the evacuation, fierce fighting broke out between the Taliban and government forces in the southern province of Helmand.

A May 8 bombing outside a girls’ school in Kabul killed 85 people, mostly young students.

The Taliban have been blamed for the deadliest attack in a year, but have denied responsibility.

In mid-May, US forces withdrew from one of Afghanistan’s largest airports in Kandahar, the country’s second-largest city.

The insurgents then seized Wardak province near Kabul and the key province of Ghazni, which stretches along the roads connecting the capital to Kandahar.

By mid-June, the Taliban had managed to seize several districts in the northern provinces, forcing the troops to retreat.

On June 22, the Taliban took control of the main Sher Khan Bandar corridor with Tajikistan, forcing the Central Asian country to check the combat readiness of its armed forces.

The United States withdrew from Bagram.

Authorities on July 2 announced the withdrawal of all US and NATO troops from Afghanistan’s largest airbase, Bagram, which had been the linchpin of US-led operations in the country for two decades.

On July 9, the Taliban announced their capture of Islam Qala, the largest border crossing with Afghanistan and Iran.

On July 14, insurgents took control of the Spin Boldak border crossing with Pakistan, an important trade route between the two countries.

Since then, Taliban attacks have intensified with a new focus on urban centers as insurgents attacked Lashkar Gah, Kandahar and Herat.

The United States and Britain say the Taliban have committed war crimes, accusing the rebels of “massacring civilians” in the town of Spin Boldak.

On August 3, eight people were killed in a coordinated bomb and gun attack in Kabul targeting the Afghan defense minister and several lawmakers. The Taliban claimed responsibility for the attack.

On August 6, the Taliban shot dead the head of the Afghan government’s media information center at a mosque in the capital, Kabul.

The Taliban captured Zaranj, their first Afghan provincial capital, in southwestern Nimroz and took it “without a fight.”

Many other northern cities fall in the next few days, including Sheberghan, Kunduz, Sar-e-Pul, Taloqan, Aibak, Farah and Pul-e-Khumri.

Despite the bloodshed and great progress, US President Joe Biden does not suggest delaying the withdrawal deadline.

On August 11, Afghan President Ashraf Ghani flew to the besieged northern city of Mazar-e-Sharif to assemble his forces.

However, Ashraf Ghani’s visit has been overshadowed by the surrender of hundreds of Afghan troops in nearby Kunduz and the overnight occupation of Faizabad, the ninth provincial capital.

Within reach of Kabul.

Herat falls to the west on the same day, and a day later the Taliban captured Lashkar Gah in Kandahar and the south.

The cities of Asadabad and Gardez fall alongside Mazar-e-Sharif on Saturday, where President Ghani visited just three days ago.

Dzhalal-Abad was captured by insurgents early Sunday morning, with the largest Afghan city except Kabul still under government control.