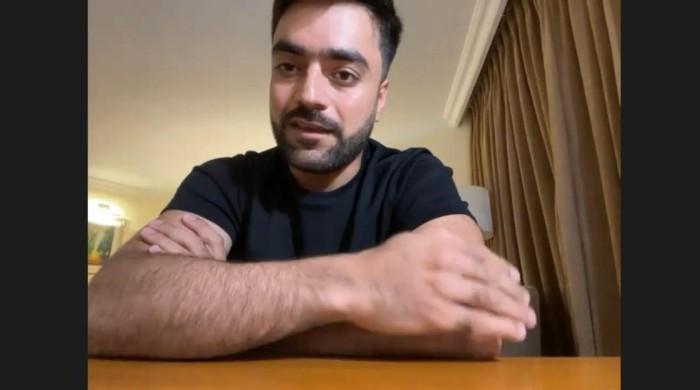 KABUL: Afghanistan’s famous spinner Rashid Khan on Monday prayed for peace as the country was gripped by panic and panic, as the Taliban finally took control of Kabul nearly two decades after the US invasion.

Rashid Khan, who has been sharing his views on the rapidly changing situation in Afghanistan on Twitter for the past few days, called for “peace” in his tweet.

Earlier, he called on world leaders not to leave their country in disarray.

In an inspiring petition, Rashid Khan said that thousands of women and children were being killed in Afghanistan on a daily basis.

“Dear world leaders! My country is in chaos, thousands of innocent people, including women and children, are being martyred every day, homes and property are being destroyed. Thousands of families have been displaced.”

War is over: Taliban declare victory

Taliban officials say peace prevailed across Afghanistan on Monday, as rebels declared war a day after capturing the capital, while Western nations forced their citizens out of the rapidly chaotic Kabul airport. Struggled for

“Today is a great day for the Afghan people and the mujahideen. They have seen the fruits of their efforts and sacrifices for 20 years,” Mohammad Naeem, a spokesman for the Taliban’s political office, told Al Jazeera TV.

Thank God the war in the country is over.

It took the Taliban just a week to take over the country when the power broom in Kabul ended as government forces, trained for years and equipped by the United States and others at a cost of billions of dollars.

Al Jazeera aired footage that said there were Taliban commanders at the presidential palace with dozens of armed fighters.

Naeem said the shape of the new government in Afghanistan would be clear soon, adding that the Taliban did not want to be isolated and insisted on peaceful international relations.