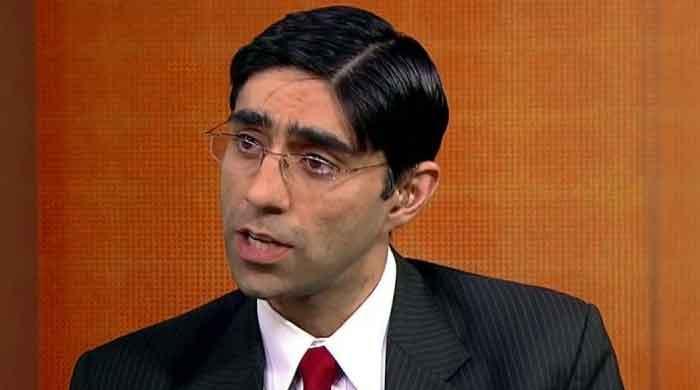 ISLAMABAD: National Security Adviser Moeed Yousuf on Monday said that Pakistan was monitoring the situation in Afghanistan after the Taliban took over the country.

The day before, Afghan President Ashraf Ghani fled the country and acknowledged that the insurgents had won the 20-year war. On Monday, thousands of people were trying to flee Kabul with scenes of chaos as crowds gathered at the airport.

“The situation in Afghanistan is better now,” Yousuf said, adding that Pakistan was working to evacuate people from Kabul.

For this purpose, a special cell has been set up in the Ministry of Home Affairs which will work 24 hours a day. He asked the embassies of other countries in Pakistan to contact the cell.

The NSA said that so far no country has made any statement against Pakistan. “This is our success,” he added, adding that no one should believe the rumors.

Even India is silent and no one talks about Pakistan, Yousuf added, adding that the search for the scapegoat is still on.

He added that Kabul fell to the Taliban much earlier than expected.

The National Security Adviser said that Pakistan would provide visa facilitation to citizens of all countries stranded in Kabul, stressing that Pakistan wanted the rule of law and human rights.

He also said that the World Bank and the International Monetary Fund wanted Pakistan to monitor Afghanistan.

Islamabad will give its position after the NSC meeting: FM Qureshi

Earlier, Foreign Minister Shah Mehmood Qureshi had confirmed that the Prime Minister would chair a meeting of the National Security Committee today, saying that Islamabad would give its position after the meeting.

The Foreign Minister said that the issue of Afghanistan and national security would be discussed during the meeting.

He said that an important delegation from Afghanistan is in Pakistan.

He said that Pakistani government officials would meet Afghan delegations at the Foreign Ministry today and the talks would revolve around Afghanistan’s development and peace.

He said the main reason for negotiating with the Afghan government was to ensure a consensus-based outcome.

Talking about India, Shah Mehmood Qureshi said that New Delhi should adopt a responsible attitude, saying that the world wants peace in the region.

The world expects India to play a positive role. [in the Afghanistan crisis]He said that India should act responsibly for the betterment of the region.