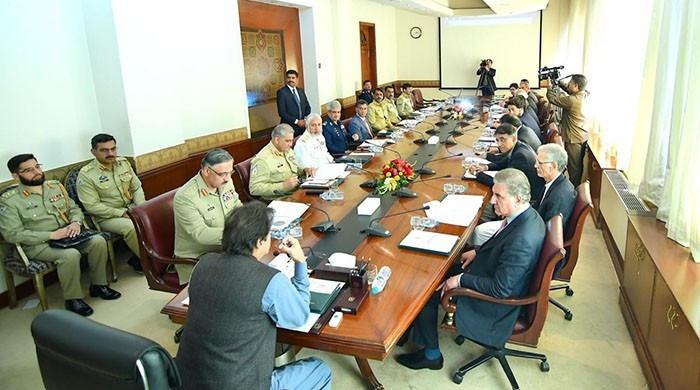 ISLAMABAD: Prime Minister Imran Khan has convened an emergency meeting of the National Security Committee on Monday to discuss the deteriorating situation in Afghanistan. Geo News. Sources were quoted.

The NSC meeting will review the situation in Afghanistan after the Taliban regained control of Kabul two decades later.

President Ashraf Ghani fled the country on Sunday, acknowledging that the rebels had won a 20-year war. The Afghan Taliban’s takeover of the presidential palace in Kabul on Sunday night and the surprisingly rapid overthrow of the government created panic in the capital.

On Monday, thousands of people were trying to flee Kabul with scenes of chaos as crowds gathered at the airport.

The prime minister had told Erdogan that the NSC would meet on Monday to discuss the situation. The two leaders will consult again after the meeting, to coordinate their efforts.

The Prime Minister reiterated Pakistan’s commitment to continue all efforts in support of a comprehensive political solution in Afghanistan.

FM Qureshi says that “Pakistan will recognize the Taliban government in due course”.

A day earlier, Foreign Minister Shah Mehmood Qureshi had made it clear that Pakistan had no favorites in Afghanistan and wanted to establish good relations with its neighbors.

Speaking at a press conference in Islamabad, the foreign minister had said that “in due course, Pakistan will recognize the Taliban government in accordance with international consensus, ground realities as well as Pakistan’s national interests”.

“Pakistan agrees that there should be no military solution to the Afghan problem and wants all issues to be resolved through dialogue,” he said.

Qureshi said he would soon discuss the Afghan issue with the leadership of neighboring countries, including China, Iran, Uzbekistan and Turkmenistan, adding that India should also work to resolve the Afghan issue.

He said the situation in Afghanistan was changing rapidly, but the Pakistani embassy in the country was functioning normally.

Qureshi said that Pakistan has always played and will continue to play the role of facilitator in Afghanistan. This is our neighbor, so we want to have good relations with it.

Towards the end of his press briefing, FM Qureshi said that the Afghan leadership must work together to find a solution that would save the lives and property of the Afghan people.