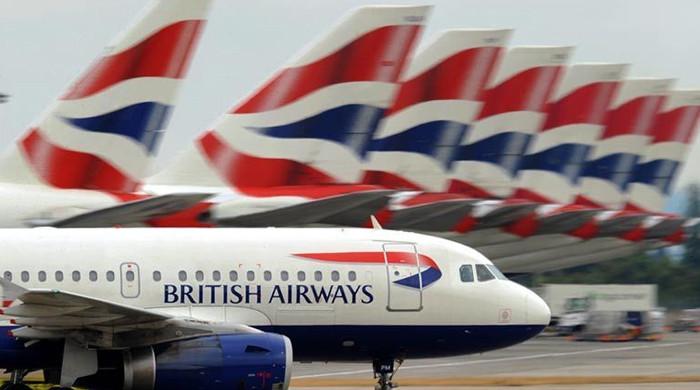 PARIS: Airlines are avoiding flights over Afghanistan as the local aviation authority on Monday urged them to resume operations after handing over Kabul’s airspace to the army.

British Airways, Lufthansa, Singapore Airlines, Air France and Virgin Atlantic have announced that they will no longer fly over the country after the Taliban take over Kabul.

“Kabul airspace has been released to the military,” the Afghanistan Civil Aviation Authority said in a “notice to the aircraft.”

He advised the airlines to take the route again as “any transit through Kabul airspace would be out of control”.

Lufthansa, whose group includes Austrian Airlines, Brussels Airlines, Eurovong and Switzerland, and Air France have said they will not use Afghan airspace until “further notice”.

Lufthansa said his group flights to India would be delayed by up to an hour. The company said the announcement was made to ensure “flight safety”.

British Airways said in a brief statement that it was not currently using Afghanistan’s airspace.

Singapore Airlines said it was avoiding airspace in light of the latest developments in Afghanistan.

Virgin Atlantic said its flights to Islamabad, Lahore, Mumbai and New Delhi would avoid Afghan airspace, stressing that “the health, safety and security of our customers and people always comes first.”

Thousands gathered at Kabul airport after the Taliban entered the capital as they tried to leave the country.

The United States has sent 6,000 troops to the airport to ensure the safe evacuation of embassy staff, as well as Afghans who served as spokespersons or in other supporting roles.

Other governments, including France, Germany and Australia, also arranged for charter flights.

Lufthansa said she was discussing with the German government how it could contribute to efforts to evacuate German citizens and “local forces” from the plane.