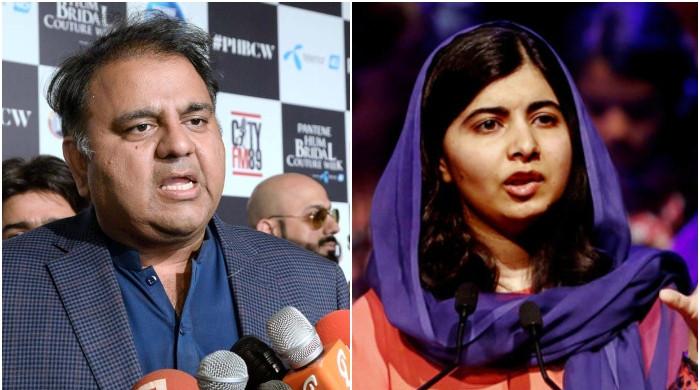 Information and Broadcasting Minister Chaudhry Fawad Hussain said Monday that Pakistan would continue its efforts to encourage women’s education in Afghanistan, as a day before the war-torn country was in turmoil.

The Taliban’s takeover of the country and President Ashraf Ghani’s escape to an unknown location have worsened the situation in Afghanistan.

The Information Minister told Malala that Pakistan was also providing educational facilities to the children of Afghan refugees and about 6,000 Afghan children were studying in Pakistan.

Malala briefed Chaudhry on international concerns over women’s rights in Afghanistan and said Pakistan should play an active role in promoting women’s education in Afghanistan.

Malala added that she had also written a letter to Prime Minister Imran Khan in this regard.

Prime Minister Imran Khan had said later today that Afghanistan had broken the chains of slavery, citing developments in the neighboring country.

The Prime Minister said that it was very important to break the shackles of slavery. “The slave mind can never achieve anything great,” the prime minister said, explaining his vision behind it.

Earlier, an Afghan Taliban spokesman announced the end of the war in the country, saying the group wanted peaceful relations with the world.