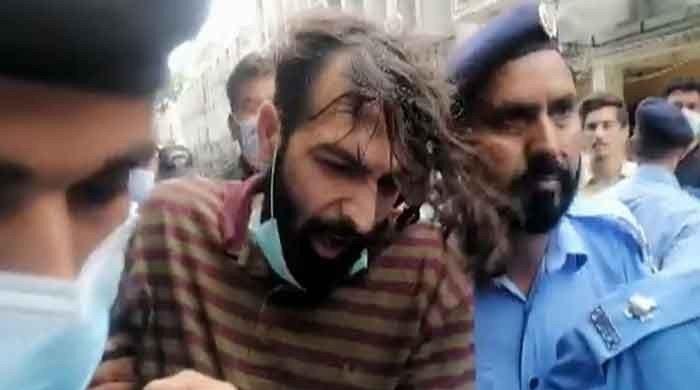 ISLAMABAD: A judicial magistrate in Islamabad on Monday extended the judicial remand of Zahir Jaffer, the alleged killer of Noor Muqaddam, till August 30. Geo News. Is informed.

Police officials produced Zafar Jaffar in court after completing his 14-day judicial remand and filed a petition before the judge seeking permission to conduct DNA tests on two of Jaffar’s employees, Raheel and Iftikhar, who were also brought from the court. went. Adiala Jail.

Police also detained six employees of Therapy Works, a counseling and psychotherapy center in Islamabad. He will be produced in an Islamabad court as the police will ask for an extension of his remand.

After graduating from Jaffar Center, he was working as a psychotherapist in therapy works.

Six employees of Therapy Works have been accused of hiding evidence after meeting Zahir Jaffer’s father Zakir Jaffer. His name was given by the plaintiff in a supplementary statement filed in the court.

The suspects were arrested on August 14.

Shortly after Noor Makadam’s murder and the revelation that Zahir Jaffar was employed as a physician there, Therapy Works issued the following statement:

However, in a deleted post by Therapy Works on their Instagram page, Zahir Jaffar has been included in the Centre’s UK Level Five candidates.

She is the daughter of Shaukat Makadam, who served as Pakistan’s ambassador to South Korea and Kazakhstan.

Islamabad police arrested Zahir on the night of July 20 from his home where, according to Noor’s parents, they killed him with a sharp instrument and beheaded him.