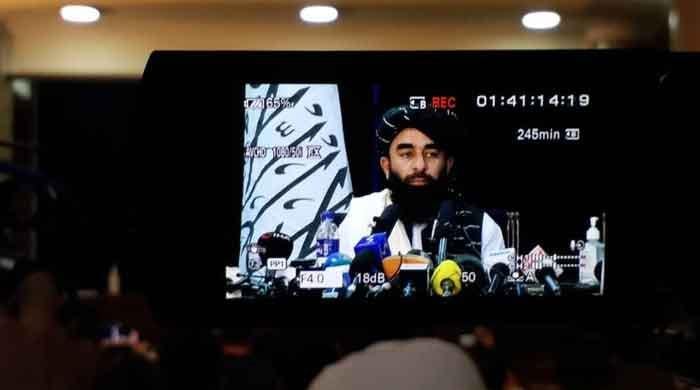 KABUL: The Taliban said on Tuesday that the war in Afghanistan was over and all their opponents would be pardoned, as they held their first news conference in Kabul since taking power from a Western-backed government.

“The war is over […] (Leader) has forgiven everyone, “spokesman Zabihullah Mujahid added:” We are committed to allowing women to work in accordance with the principles of Islam. “

Shortly before he spoke, Taliban deputy leader Mullah Abdul Ghani Baradar – who also co-founded the movement – arrived in Kandahar, taking control of the country just days after the rebel group landed in the former capital.

Mujahid said the Taliban would soon form a government, but gave some details of its make-up, saying they would “contact from all sides”.

“Everyone from A to Z has been pardoned,” he said.

“We will not take revenge.”

Asked what the difference is between the movement 20 years ago and the Taliban today, he said: “If the question is based on ideology and beliefs, there is no difference. […] But if we calculate it on the basis of experience, maturity and insight, there is no doubt that there are many differences. “

“Today’s measures will be positively different from those of the past,” he added.