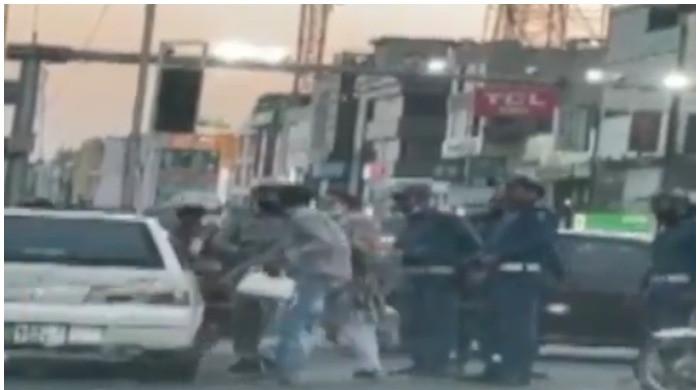 The incident was brought to light through a viral video showing a traffic warden pushing a young man and knocking on his car door.

In addition, the video showed a woman with the victim, who was trying to stop a traffic police officer.