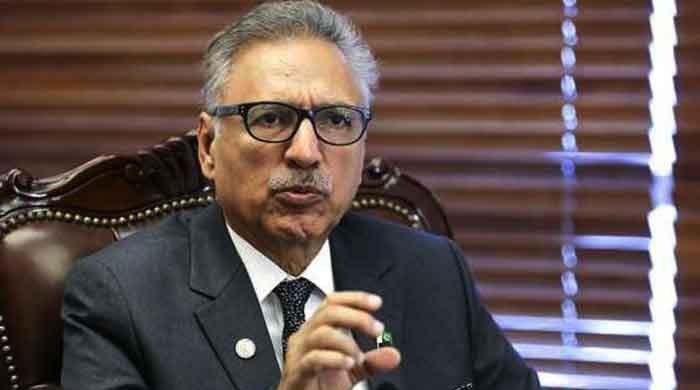 ISLAMABAD: President Dr Arif Alawi on Tuesday said that Pakistan wants to reassure the Taliban as China and the United States have been given that Afghan soil will not be used against them or any other country.

“We will always like the assurances given to China and the United States that Afghan territory will not be used against any other country,” he said in an interview. TRT“Strait of Conversation”

She was responding to President Ayesha Sabarkar’s hospitality when she asked if Pakistan was concerned about the re-emergence of terrorist groups after the Taliban took power and any preconditions with the new government in Afghanistan. ?

Alvi said the Taliban had reassured China and the United States that they expected the same from Pakistan.

“On the same principle, I am very hopeful that as far as the new government of Afghanistan is concerned, the same will be the case for Pakistan,” Alavi said.

He said that the international principles enshrined in the UN Charter also support this practice.

“Pakistan has fenced off its borders with Afghanistan to check the influx of terrorists,” he said.

Asked whether Pakistan recognizes the Taliban as the legitimate representative of the Afghan people, Alavi said whatever the government decides will be in consultation with several other countries.

“First we have to assess the situation as it emerges,” he added.

Asked if Pakistan considers the Taliban “trustworthy”, he said, “Whatever the rule in Afghanistan, we will trust them as our neighbors to ensure peace.”

President Alawi called the US withdrawal from Afghanistan “hasty” and said Pakistan had always tried to persuade the United States to avoid war and called talks a better solution.

He lamented that whether it was the Vietnam War or the Soviet invasion of Afghanistan, humanity quickly forgot the lessons it had learned.

“The 20-year US presence in Afghanistan has cost about two 2 trillion, and for an investment of hundreds of billions, I think it’s easy to find a scapegoat and a scapegoat,” Alavi said.

On Pakistan’s role in stabilizing the war-torn country, the President said that Pakistan was looking forward to the restoration of peace in Afghanistan and was ready to play a role in its reconstruction.

He said that during the four-decade-long conflict in Afghanistan, Pakistan itself was the “biggest loser” in terms of post-Afghan impact.

With the return of peace in Afghanistan, Pakistan will become the “biggest winner”, he said, adding that he hoped things would be settled soon.

He said Pakistan was hosting 4 million refugees and stressed that such gestures should be seen as a matter of goodwill for the Afghan people.

President Alvi said that Pakistan was in touch with China, Russia, Turkey and the United States to advance the development agenda of the region.

However, he emphasized that India was playing the role of a pervert and urged it not to use any more territory against Pakistan.

On bilateral relations with Turkey, he expressed satisfaction over defense cooperation. He said further co-operation was needed in economic relations to meet its potential.

He also mentioned Turkey’s unwavering support for Pakistan’s position on Jammu and Kashmir, which he said had been facing serious human rights violations under Indian occupation for decades.