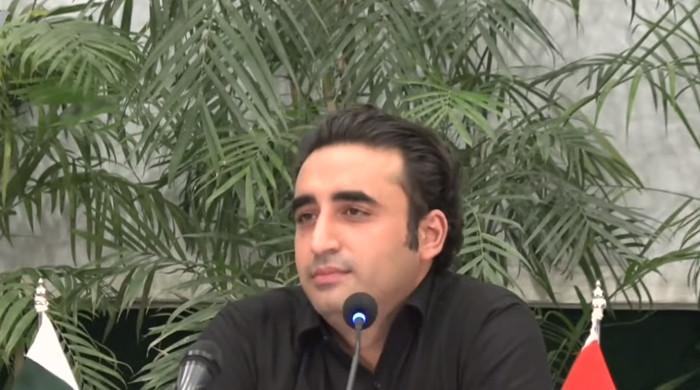 KARACHI: Pakistan Peoples Party (PPP) Chairman Bilawal Bhutto Zardari on Tuesday said that the federal government should take Parliament into confidence over the situation in Afghanistan.

Addressing a press conference in the port city, he said: “Even a common man is concerned about the situation in Afghanistan.” He pointed out that the federal government should take immediate action as Pakistan is facing threats.

The PPP chairman called on the federal government not to compromise on terrorism and to implement the National Action Plan immediately, as terrorists had targeted journalists, the armed forces and politicians in the country.

Terrorist attacks took place in Dasu and Karachi. […] And if the government does not pay attention to this, these incidents will increase.

Bilawal called on the government to ensure that the changing situation in Afghanistan does not affect Pakistan, as he warned that if the war continues, Afghan refugees will arrive.

The PPP chairman said that the security details of the China-Pakistan Economic Corridor (CPEC) should be restructured after the terrorist attacks.

“There is no confusion between the armed forces and us over terrorist organizations. […] The PPP chairman said that only Prime Minister Imran Khan was confused.

We will not allow any confusion on the part of terrorist organizations.

He added that the “elected government” has made life difficult for the people of Punjab and the people of Khyber Pakhtunkhwa are also expressing their concerns over the policies of the present government.