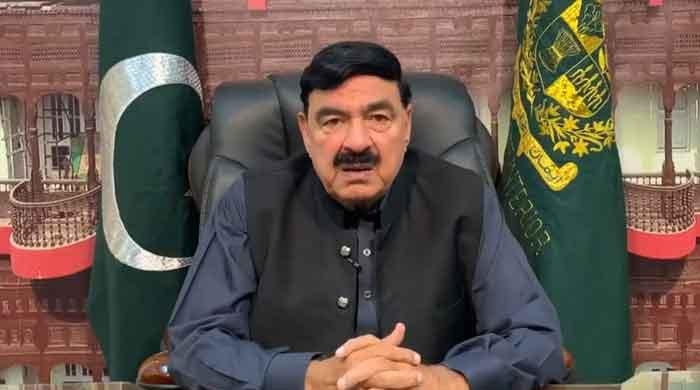 ISLAMABAD: Federal Interior Minister Sheikh Rashid on Tuesday expressed hope that the Taliban would not allow the use of Afghan territory against Pakistan after taking control of the country.

Reacting to Geo Pakistan on reports of the release of key TTP commanders from Afghan jails, Sheikh Rashid said that Pakistan had taken the Afghan Taliban on board the Tehreek-e-Taliban Pakistan (TTP) issue.

“The banned TTP and ISIS militants are present in the mountain ranges of Nuristan and Nighar,” the interior minister said.

When further pressure was put on him, the minister said he could not reveal to the media what Pakistan had done with the Taliban.

“Earlier, Pakistan was supporting the United States, which is why the TTP and the Taliban were on the same page. This is no longer the case,” he noted.

There is no refugee crisis.

In response to another question, the Home Minister said that Pakistan did not face any refugee crisis or “burden” on its border with Afghanistan in view of the volatile situation in Afghanistan.

Rashid said Pakistan had completed 97-98% of the fencing around the Afghan border. Our troops are also managing security checkpoints along the border.

The minister said that in the past, most of the migrants who slipped across the border into Pakistan were Taliban or others who were frustrated with the Northern Alliance. “It’s not like that anymore,” he said.

A special cell has been set up in the Interior Ministry, working 24 hours a day, to issue visas on an emergency basis to international diplomats and journalists stranded in Afghanistan, Rashid said.

Previously, visas took four months to process because authorities had to do background checks with various security agencies, he said.

“Now everyone. [security agencies] “The process of issuing visas was very fast now,” he said.

The Minister said that Pakistan was conducting regular import and export trade on the Spin Boldak Chaman border, adding that so far “everything is fine”.

However, he said that we are ready for any situation.

The Home Minister said that he would hold an important press conference tomorrow (Wednesday) to brief the nation on the government’s Border Management Plan.