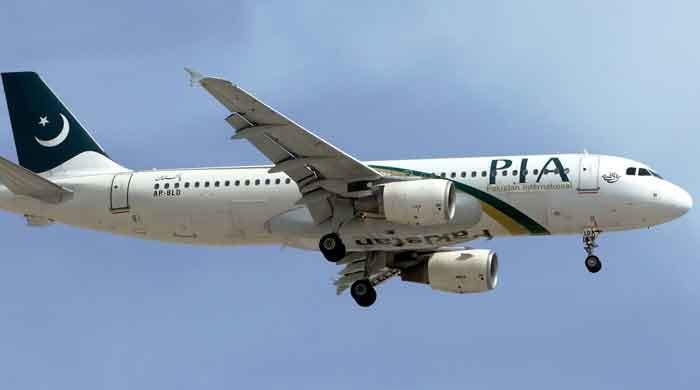 LONDON: Pakistan International Airlines (PIA) has won a landmark case in the Supreme Court of England after five judges unanimously ruled that the Pakistani national airliner could use legal action under economic pressure on a British Pakistani travel agent. Has the right Ticket sales to Pakistan in 2012

The Supreme Court of England has ruled in a landmark decision that the theory of legal action against coercion is narrow-minded and applies to a case filed by a British-Pakistani travel agent based in Birmingham against Pakistan International Airlines Corporation (PIAC). Does not happen

Farani Taylor Solicitors represented the PIA in a long-running lawsuit against Times Travel, a claimant to a small family-owned travel agency in Birmingham.

According to English law, economic coercion occurs when illegal economic pressure is exerted so that the weaker party has no practical option other than to enter into an agreement or to accept certain conditions.

In the Pakistan International Airlines Corporation v. Times Travel case, the question before the five judges was whether economic coercion could arise in a situation where a party gives legal action or threats in support of a demand that it genuinely accepts. That he deserves it. .

The Birmingham-based firm argued that it was under financial pressure in 2012 and was forced to sign a new contract without paying a commission.

After the verdict was announced, Farhan Farani, managing partner of Farani Taylor Solicitors, told Geo and The News that the ruling had a profound effect on English law. He said the matter was so serious that the governments of Russia and Ukraine had also intervened, as the decision would affect his case as well.

PIA’s lawyers had argued before five judges in the Supreme Court that PIA had terminated its contract with Pakistani agents based in the UK, acted legally and offered them a new contract. Agents were claiming a commission on the fuel surcharge as part of the tickets they sold.

PIA’s decision means it will not have to pay commission in the past for the fuel surcharge portion of tickets.

The case involved a dispute between PIA and Times Travel over an agreement reached between the two parties in 2008 after the agency agreed to act as a ticketing agent for the Pakistani national airline.

At the time, PIA was the only airline operating direct flights between the UK and Pakistan, and Times Travel, like dozens of other Pakistani travel agents, sold flight tickets to members of Birmingham’s Pakistani community as well as anyone else. Totally dependent. Call the travel agency and book a ticket to the South Asian country.

When online business began in 2012 and PIA’s reliance on about 60 IA travel agents diminished, problems began when the airline announced the termination of contracts with British Pakistani travel agents. Many travel agents refused to accept the new contracts, filed lawsuits and argued that the PIA had paid commissions on them in the past.

However, two years later, in 2014, Times Travel filed a lawsuit against PIA in the London High Court, claiming that it received unpaid commissions and other payments, claiming that PIA was legally liable. ۔

In the first round, the High Court ruled that Times Travel was entitled to avoid an agreement with PIA based on economic pressures – which meant that PIA illegally forced a travel agent to enter into a new agreement. Worked to do while ignoring the terms of the previous agreement.

The PIA went to the appellate court against the decision, where its appeal was allowed. Times Travel then appealed to the UK High Court.

In a 2019 ruling in favor of the PIAC, Lord Justice David Richards relied on the legal argument in the Court of Appeal that the PIA was entitled to exert economic pressure in support of the demand which he genuinely believed that He is entitled to it, even if it was a reasonable basis for his belief.

The Court of Appeal argued that PIA was capable and entitled to economic pressure as it held its position as a monopoly supplier of air tickets to Pakistan in dealing with travel agents.