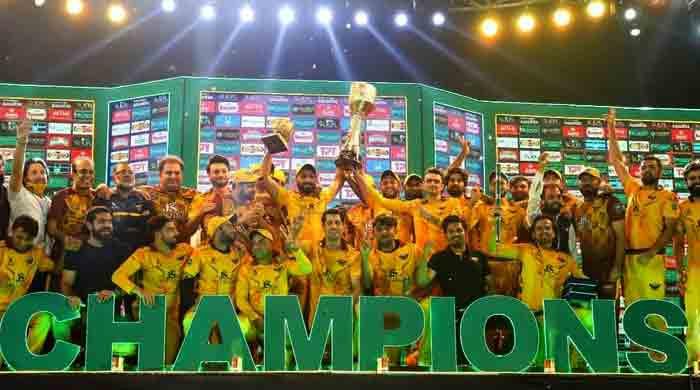 Muzaffarabad: Shahid Afridi is very happy after his Rawalpindi Hawks won the inaugural title of Kashmir Premier League on Wednesday.

“Very proud of my players and staff, one of the most memorable wins for me!” The former Pakistan captain said on Twitter.

Afridi said the KPL was a wonderfully organized event and had great potential, adding, “I am confident that next year will be bigger and better.”

Praising the security forces, he said, “Special thanks to the Pakistan Army for their full cooperation.”

On Tuesday, the Rawalpindi Hawks held their nerves in the last over and won the KPL Trophy after the final at the Muzaffarabad Stadium.

A score of 170 to win the title, Muzaffarabad Tigers looked favorite in the last over. But left-arm spinner Asif Afridi (3-21) worked his magic, taking two wickets to limit the Tigers to 162-8.

Hussain Talat (3-18) was the bowlers’ choice for the Hawks. Zeeshan Ashraf (46) and Mohammad Hafeez (29) gave a big push to Muzaffarabad Tigers, scoring 54 runs for the opening wicket in 5.4 overs. However, with the exception of Muhammad Wasim Jr. (22), no other batsman has been on the wicket for long to take the Tigers home.

Earlier, the Hawks managed to reach 169-7 while the other eliminator Man of the Match Kashif Ali (52) started the party with 52 off just 28 balls.