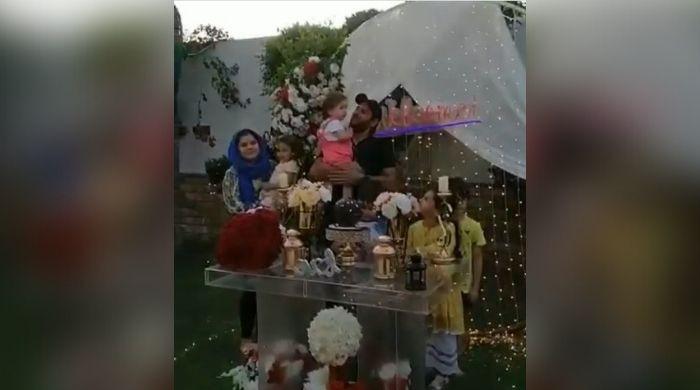 Unknown to the cricketer, his wife arranged a beautiful surprise for his return. In a video posted by Shahid Afridi on Instagram, the cricketer can be seen celebrating his return home with his children on the lawn outside his home, which is decorated with hundreds of rose petals.

Afridi can be seen standing with his daggers, the smallest in his hands, happy with the surprise his wife arranged for him. The decorated table can also be seen in front of the cricketer.

“It’s great to be back home,” he wrote

After getting the target of 170 runs, Muzaffarabad Tigers managed to score 162 runs in 20 overs for the loss of seven wickets.

Zeeshan Ashraf of Tigers stood out in his team’s efforts, scoring 46 off 26 balls.