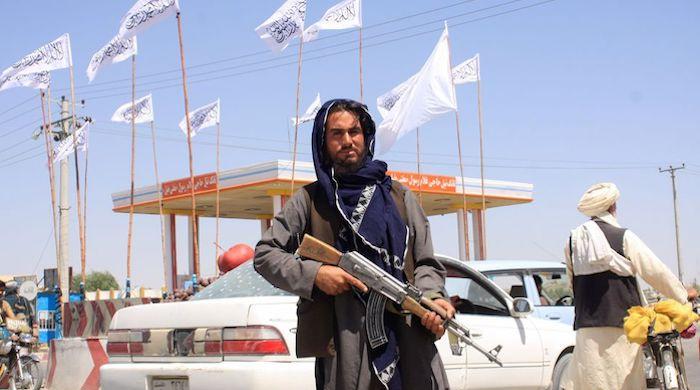 The Taliban have issued Friday sermon guides to imams and preachers across Afghanistan, urging citizens not to leave the country out of fear or other reasons.

After the Taliban took control of Kabul last Sunday, photos and videos of thousands of Afghans fleeing to Kabul airport in the hope of escaping the Taliban government went viral on social media.

The Taliban has reportedly instructed imams and preachers of mosques across the country during their Friday sermons to urge citizens not to leave Afghanistan and instead invest and work for its betterment. Do

The Taliban has urged imams to call people to the Islamic system and national unity.

The Taliban are urging Afghans to leave Kabul airport.

Eyewitnesses said the Taliban on Thursday urged a crowd of Afghans waiting outside Kabul airport in hopes of fleeing the country, saying they did not want to hurt anyone, a day after Taliban fighters opened fire on protesters. Of which three were killed.

The United States and other Western powers have pressured their citizens and some of their Afghan staff to leave the airport on Afghanistan’s Independence Day, which could lead to further protests against Islamists.

Although Kabul has been generally calm since the Taliban entered the country on Sunday after a week of spectacular progress across the country, the airport is in chaos as people rush out of the Afghan capital.

He urged those who do not have the legal right to travel to go home. The Taliban official declined to be identified, saying “we don’t want to hurt anyone at the airport.”

About 8,000 people have been evacuated since Sunday, a Western security official said. The US military is in charge of the airport, while Taliban fighters patrol outside its walls and fences.

“It’s a complete disaster,” said one man trying to get out on Wednesday.

Commanders and soldiers fired in the air to disperse the crowd, a Taliban official said. Eyewitnesses said the situation was calmer on Thursday.