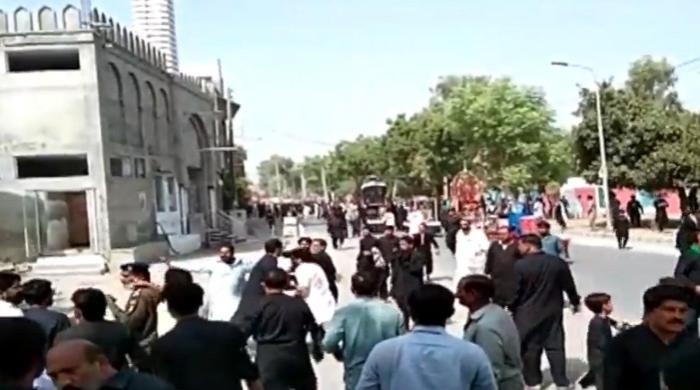 Bahawalnagar: A Muharram procession was hit by a cracker attack on Thursday afternoon in which two people were killed and more than 30 injured.

The incident took place when a Muharram procession was passing through the City Chowk area of ​​Bahawalnagar, police said.

The medical superintendent of DHQ Bahawalnagar confirmed the death of two persons in the incident and said that the injured have been shifted to various hospitals across the city.

After the blast, a police contingent reached the area and searched it. One suspect was taken into custody.

Chief Minister Usman Bazdar took notice of the incident, offered condolences on the loss of life and directed IG Punjab to take action and arrest the accused immediately.

Following the incident, the Chief Minister accompanied by the Provincial Law Minister visited the Safe City Authority and inspected the control room. There he was briefed on the Bahawalnagar attack and the response of the CTD and police forces.

The Chief Minister directed the CTD to conduct a combing operation and submit a report after completing the inquiry into the incident.