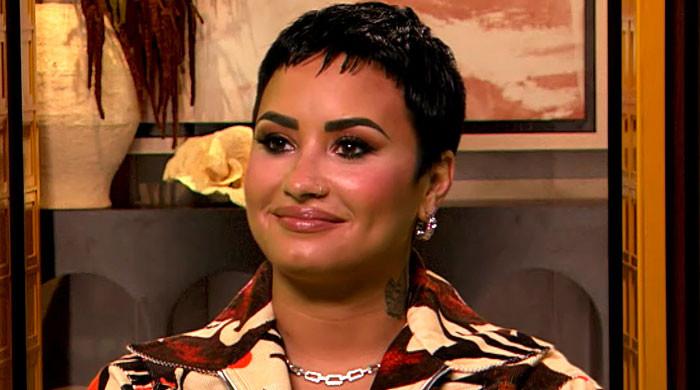 Demi Lovato shared her thoughts on her non-binary identity during the new 4D episode with Demi Lovato, as she hosted the beauty-inspired Brettman Rock on social media.

The two continued to discuss their non-binary identities for most of the program. Demi said, “I personally believe that when I felt spiritually balanced in my feminine and masculine aspects of my God, I was like ‘yes’, I am non-binary.

“To me it’s a spiritual thing. It doesn’t have to be a gender thing.”

Brettman Rock says he is encouraged to adopt his own identity as he grows older. However, Demi Lovato did not have the experience to value it because she said it was a less accepting community where she grew up. However, Demi said she has come to accept her new identity and that it is something to be loved and respected.

“People don’t always understand because we have to look at someone and identify with what we see,” he said. “We all have both masculine and feminine energies.”

Agreeing with Demi Lovato, Brettman Rock said he also feels non-binary because his “soul is very different” because he feels he has “two souls” inside him, both male and female.

“I feed them both equally,” explains Brettman. Sometimes it’s my feminine side and it’s the full face of make-up. After all, they both live in me. “

After the show ended, Demi Lovato visited Bretman Rock on her Instagram account, calling him a “kind soul” and happy to be “very much in common” with each other.