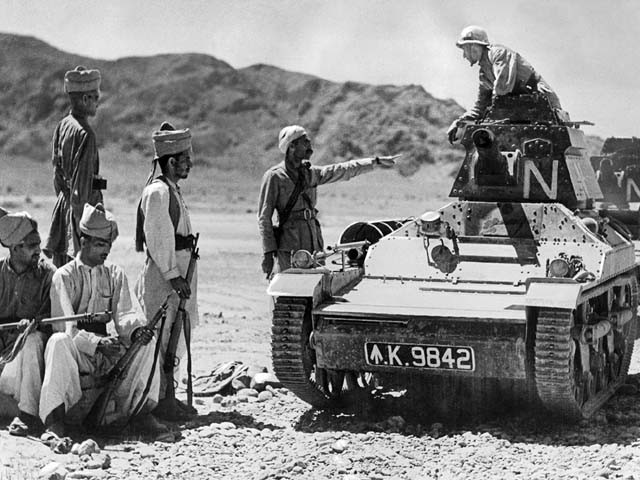 It may surprise many to think what Afghans thought about partition and the fate of Muslims in India.

The partition of India, needless to say, was a great step in the history of the region. Due to its breadth and importance, distribution is a topic that has fascinated me since my early school days in Karachi. Although I claim to have no expertise on such a sophisticated topic, there are several important aspects of the division (especially related to Afghanistan) that I would like to share below, especially for the benefit of (young) Afghan and Pakistani readers. of the.

The British occupation of the subcontinent brought unique challenges and opportunities for the Afghan rulers. The British presence in India prevented the Afghans from regaining Peshawar and its environs, which they had lost to the Sikhs under Ranjit Singh in the 1820s and 1830s. Furthermore, under the so-called Gandmak (1879) and Durand (1893) treaties with the British, the Afghans relinquished control of several border districts, such as Khyber, Swat, Kurram, Sibi, Pishin and parts of Wazir and Mohmand. Who is to blame for these mistakes is another matter, and is beyond the scope of this article.

When the Afghans lost their territory to the Sikhs and the British on their southern and eastern borders, they moved north to the fertile Amu Darya Valley (known as Afghan Turkistan) between the Hindu Kush Mountains and the Amu Darya. Gained control. Before the Afghan conquest in the 1850s, the Amu Darya Valley – mostly populated by Uzbeks, Tajiks and Turkmens – was ruled by independent Turkish rulers. Ahmad Shah Durrani’s conquest of the valley was short and superficial. Even during Durrani’s reign, the Amu Darya Valley regained its sovereignty, and will remain sovereign for almost a century until Amir Dost Muhammad Khan incorporates the region into his kingdom.

Now that the Afghans were on the south bank of the Amu Darya, Britain made sure that the Russians did not cross the river. The British wanted to keep the Russians as far away from their Indian empire as possible. From a British point of view, the Afghan advance on the Amu Darya was better than the Russians on the Hindu Kush. Therefore, in retaliating against the expansionist Russian forces, the British in India effectively checked the Russian advance south of the Amu Darya, and in the process helped ensure the survival of Afghanistan. The Soviet Union continued to play a useful role from the Afghan point of view even after Russia occupied Muslim Central Asia.

It was against the backdrop of Britain’s significant role in the region that Afghans were surprised to learn that the British wanted to leave India. Like most of the 565 Indian monarchies, the Afghans wanted to remain British and continue to play their role as a balancer. The only exception to this thinking among Afghans came during the 1928 visit of Afghan Shah Amanullah Khan to India, who insisted on meeting Mohandas Gandhi, and delivered speeches in support of the Congress’ demand for India’s independence. However, when Muhammad Nadir Khan took control of Kabul in 1929, he and his family were there for the British to stay in India as much as possible.

In the 19th and 20th centuries, many Punjabi Muslims rendered great services to Afghanistan. For example, Dr. Abdul Ghani Jalalpuri (1864–1943), the principal of Islamia College Lahore, came to Afghanistan to work as a secretary to Amir Abdul Rahman Khan. He later became the principal of Habibia, Afghanistan’s first government school. Dr. Ghani was a member of the Afghan delegation in Rawalpindi in July-August 1919 to discuss the terms of Afghanistan’s independence with the United Kingdom.

Can anyone think today that the Afghan government is employing a Punjabi Muslim from Gujarat who will take part in formal negotiations on behalf of the Afghan government? It was a level of trust and closeness between Afghans and Punjabi Muslims. Given such a close bond between Afghans and Indian Muslims, Afghanistan cannot remain indifferent to the fate of Indian Muslims.

It may surprise many to think what Afghans thought about partition and the fate of Muslims in India. According to Sir William Kerr Fraser Tytler, British Minister in Kabul from 1935 to 1941, Afghans believed: ‘… if they [the British] There was only one possible solution to the Indian problem, and that was the division of power between Muslims and Hindus. [sic]. Such a solution, though difficult, had little chance of success. No solution based on the Union of India can bring anything but chaos and ruin. It is interesting to note that this view was held in Kabul long before it was ratified in Britain or India..‘[i]

In addition to trying to protect the interests of India’s Muslims, Afghans wanted to protect their own interests. The Afghans were deeply skeptical of the caste-majority Hindu-majority Congress party and its allies in the North-West Frontier Province, the so-called Red Shirts or Khudai Khidmatgars, led by firebrand elite Abdul Ghaffar Khan. Although its relations with Kabul improved after the partition, the Afghan royal family (like the Pakistani government) remained skeptical of Abdul Ghaffar Khan’s true intentions.

However, the Afghans were aware of the material of history: the invasions of India from Afghanistan and through it. Afghans were also aware of the extent to which Hindu nationalists disliked them and their country, which Hindu extremists see as a thorn in the side of their united India plan. Thus, Afghanistan sharing a common border with a so-called united India, where power in New Delhi would be concentrated in the hands of Hindu nationalists, was a suspicion for Afghans.

The Afghans believed that the ‘division of sovereignty’ between Muslims and Hindus (in other words, the partition of India), which had appeased the Muslims of India and kept the Hindu nationalists away from Afghanistan, would also appease the Afghans. As mentioned earlier, according to the Afghans, the formation of a so-called union of India, where Hindus will dominate the Muslims, will only lead to ‘chaos and ruin’ and will not be acceptable to Afghanistan.

In early 1937, there were dangerous signs of Hindu domination, which, if left unchecked, could have devastating consequences for India’s minorities, especially Muslims. After the 1937 provincial elections in Bombay, Khurshid Nariman, a Parsi, provincial Congress leader, was to become the Chief Minister of Bombay. But since Nariman was not a Hindu, the ministry was introduced by Pandit Nehru to a fellow Brahmin, BG Kher. When Nariman complained about this unfair treatment, he was immediately silenced by Pandit Nehru, while Mohandas Gandhi looked the other way.

In Bihar, provincial Congress leader Dr Syed Mahmood was expected to become the provincial chief minister, but he too was handed over to Hindu caste SK Sinha. In addition to these mistakes, the Congress rejected the cooperation of the Muslim League. A decade after the partition, former Congress president Maulana Abul Kalam Azad (1939-1946), Criticism in his memory India gained independence The Congress party and especially Pandit Nehru treated Norman and Mahmood unfairly and turned down the Muslim League’s offer of cooperation. Critical references to Pandit Nehru in Maulana’s memory were barred from publication for 30 years, but were finally released in the late 1980s.

A decade after the mistakes of the Congress in 1937, the Afghans, to their great relief, knew that the subcontinent would be divided and the two independent states of Pakistan and India would be born on August 14 and 15, respectively. That way, Afghans will not have to share a common border with Hindu-majority India. A few days after the partition, during the celebrations of Afghan Independence Day in 1947, Afghan Shah Mohammad Zahir made the following declaration in support of Pakistan: Feel I have sent congratulatory messages to both Pakistan and India. Our brothers are Pakistanis and we will help them with our blood and sword.

Shortly after the partition, the Dogra Hindu forces of Maharaja Hari Singh, the Hindu ruler of Kashmir, began massacring Kashmiri Muslims. In October 1947, the Pashtun tribesmen left Pakistan to liberate Kashmir from the tyranny of Hari Singh. Around the same time, Afghan tribesmen crossed the border from Khost into Pakistan and continued to travel to Kashmir to help Pakistani tribesmen liberate Kashmir.

In our hearts, we Afghans have always sympathized and supported Kashmiris against Indian oppression. According to Aslam Khan Khattak, Pakistan’s ambassador to Kabul in the 1950s, former Afghan Prime Minister Shah Mehmood (Shah Mohammad Zahir’s uncle) once remarked in his presence: ‘Lord, give me martyrdom on the Kashmir front. Pakistani brother.[ii]

The Muslim-majority state of Jammu and Kashmir should go to Pakistan without turning a blind eye. According to the partition plan, given their location, population, and other considerations (such as communications), the states had a choice between either India or Pakistan. On all these counts, Pakistan had a better position for Kashmir than India.

However, even before partition, Pandit Nehru had expressed interest in getting Kashmir for India. Before the partition, Pandit Nehru wrote to Viceroy Louis Mountbatten (known to his friends as Dicky) that ‘Kashmir’s accession to the Constituent Assembly of India is a common and obvious way … It is clear that Pakistan will be in trouble if this happens. ‘[iii] Given that Kashmir is still a disputed territory, this shows that India’s occupation of Kashmir was neither ‘normal’ nor ‘clear’.

In my first article, I highlighted the complexities of Afghanistan’s relations with Pakistan and why bilateral relations have not begun. Readers can refer to it for more details. Here I would like to emphasize that the idea that Afghanistan was opposed to Pakistan from day one is historically wrong. Afghans wanted Pakistan to come into being and succeed. Afghanistan’s behavior, which it thanked Pakistan for, is a testament to that during the 1965 and 1971 Pak-India wars.

Over the past two centuries, it has been acknowledged that Afghanistan’s Durrani rulers have made a number of ground-breaking mistakes, including in their bilateral relations with Pakistan, which have not served Afghanistan well. However, on the question of partition of India, Afghans were clear that sovereignty should be divided between Muslims and Hindus. In fact, if India had not been divided, India-Afghanistan relations would have been more strained than Afghanistan-Pakistan relations.

[iii] Alex van Tonselman, Indian Summer: The Secret History of the End of an Empire, page 204.