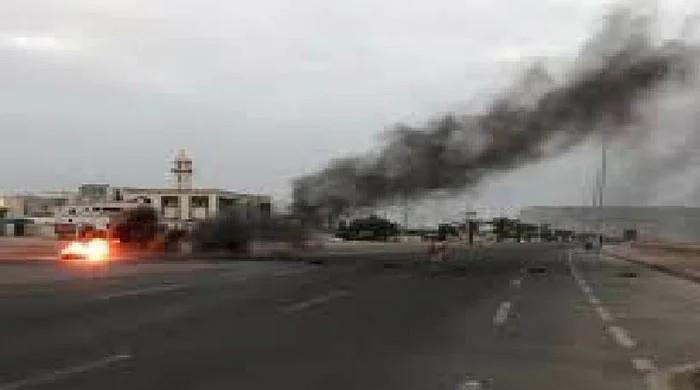 ISLAMABAD: Strongly condemning the suicide attack on a vehicle carrying Chinese nationals in Gwadar, Balochistan, China on Saturday asked Islamabad to conduct a full investigation into the incident and punish the culprits severely.

A statement from the Chinese embassy in Islamabad urged the Pakistani government to take practical steps to ensure that such incidents do not happen again.

At the same time, the relevant departments at all levels in Pakistan must take practical and effective steps to strengthen the whole process to ensure security measures and upgraded security cooperation procedures to ensure that Such incidents should not happen again.

A four-vehicle convoy was targeted on the East Bay Expressway, including “essential security details of Pakistani army and police forces,” according to an Interior Ministry statement.

The statement added that the attack took place near a fishing colony along the coastal road.

Noting the immediate response of the Pakistani authorities, the Chinese mission said that after the incident, the Pakistani side immediately sent the injured to a hospital in Gwadar for treatment.

The Chinese Embassy in Pakistan strongly condemns this act of terrorism, expresses its sincere sympathy with the wounded of both countries, and extends its deepest condolences to the innocent victims in Pakistan.

After the attack on the convoy, the embassy said it immediately launched an emergency plan.

The embassy called on Pakistan to properly treat the injured, conduct a thorough investigation and punish the culprits severely.

A case of suicide attack against unknown militants has been registered at the CTD police station, police said on Saturday.

The charges include murder, attempted murder, explosives and terrorism, he said.

A bomb blast killed three children and injured three others.

Bilawal Bhutto expressed grief over the loss of life.

Bilawal Bhutto Zardari said that the federal government should provide full security to Chinese nationals working on various projects across the country and address the concerns of the Chinese government regarding the safety and security of its citizens in Pakistan.