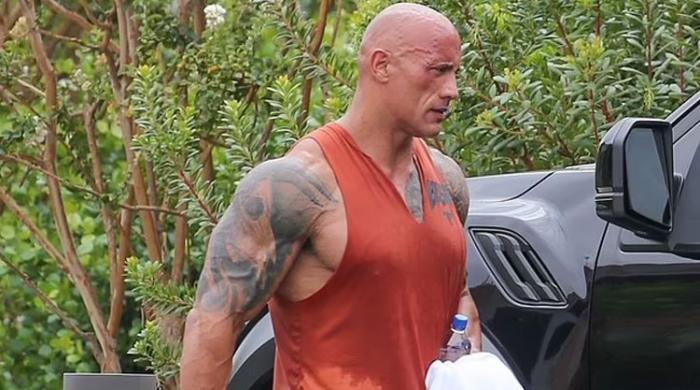 Dwayne Johnson aka The Rock showed off his fit body in an orange sweat-soaked tank top after working hard in Los Angeles on Thursday.

The 49-year-old actor was spotted paired with some shiny athletic leggings and white shoes at the top of the orange tank.

The wrestlers and actors charged out of the gym, clearly feeling the energy after the workout.

The ‘The Jungle Cruise’ star had a white towel in one hand and his cell phone in the other as he approached his parked SUV.

Dwayne Johnson aka The Rock completed filming on Black Adam last month, and another film, Red Notes, is currently in post-production, with a release date scheduled for later this year.