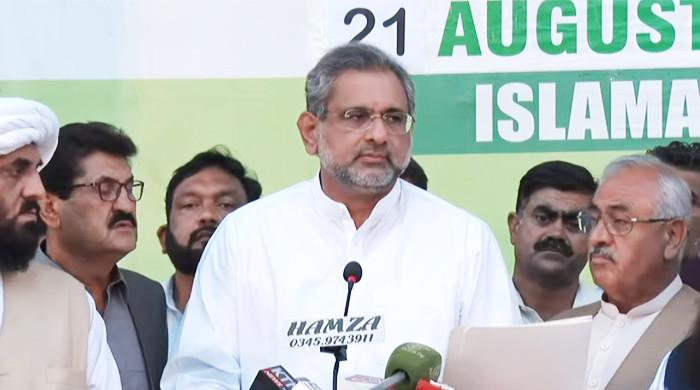 ISLAMABAD: The Pakistan Democratic Movement (PDM) on Saturday announced that a white paper would soon be tabled to “expose” the government’s performance over the past three years.

“Evidence is being gathered and a white paper will be presented from the PDM platform. [expose] The government is in front of the people, “said the former prime minister.

Abbasi’s press conference came after a meeting of the steering committee of the opposition alliance, which considered the recommendations made during the August 11 meeting in Islamabad.

The former prime minister said that the failure of the present government was due to rigging in the 2018 general elections and the problems of the people could not be solved unless the affairs of this country were in accordance with the constitution.

He further said that it was clear that democracy in Pakistan could not flourish unless the elections were transparent and without interference.

He said that the representatives of all the parties participating in the meeting supported these views and reiterated that it takes time to run the country in accordance with the constitution.

He said that the participants have prepared a schedule of rallies across the country, which will be presented before a meeting in which all party leaders will participate.

“The meeting will take place on August 28, and it will finalize the schedule,” Abbasi said.

The PDM had earlier announced that it would hold a “massive” anti-government rally in Karachi on August 29.

He said participants in today’s meeting reiterated their rejection of “unilateral” electoral reforms, which they called an attempt by the government to “steal” the next election.

Abbasi said the government was trying to “deprive the people of the right to elect their representatives” by introducing electoral reforms.

He said that about six months ago, the PDM had issued an initial “Charter of Pakistan” aimed at resolving the problems of the people, but the work on it was hampered and could not be completed.

Abbasi said a committee has been formed which will prepare another “Pakistan Charter” within six weeks and present it to the PDM leaders. He added that the aim is to establish true democracy in the country.

Responding to a question, the former prime minister said that Maulana Fazlur Rehman had congratulated the Taliban on taking over the country as the head of the JUI-F. “It’s not a hidden fact,” he said.