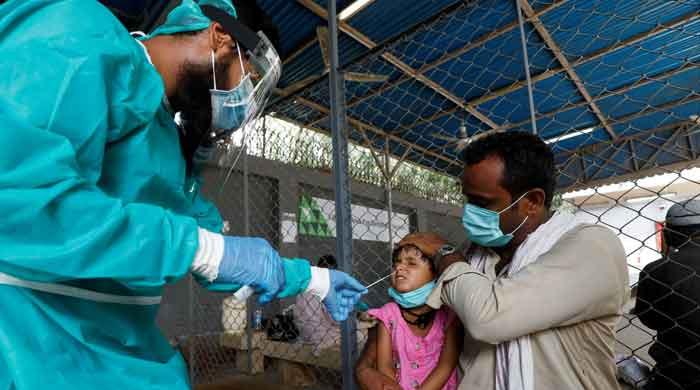 ISLAMABAD: Pakistan has recorded a slow decline in 19 cases on Saturday, with 3,084 new cases reported in the last 24 hours.

According to figures released by the National Command and Operations Center, a total of 53,770 tests were conducted across the country in the last 24 hours. Of these, 3,084 returned positive.

Meanwhile, another 65 people died of the disease during the same period.

The positivity rate also declined to 5.73%. The last time Pakistan reported a positive rate of less than 6% was 4.89% on July 24 a month ago.

The number of active or currently ill patients is 89,044.

The NCOC counted 1,006,078 total receipts. A day ago, the number of patients recovering from COVID-19 in Pakistan exceeded one million.

The number of active or currently ill patients is 89,673, the highest since May 2, when 89,661 active cases were recorded in the country.

COVID-19 infections are declining in Pakistan, with an average of 3,353 new infections being reported every day. That’s 66 percent of the peak – the daily average reported on June 17.

Since the onset of the epidemic, 1,119,970 infections and 24,848 corona virus-related deaths have been reported in the country.

Pakistan has so far given at least 44,736,977 doses of the Covid 19 vaccine. Suppose each person needs two doses, which is enough to vaccinate about 10 10.3% of the country’s population.

During the reported last week, an average of 16,716,137 doses are given daily in Pakistan. At this rate, it will take another 61 days to provide adequate doses for another 10 take population.