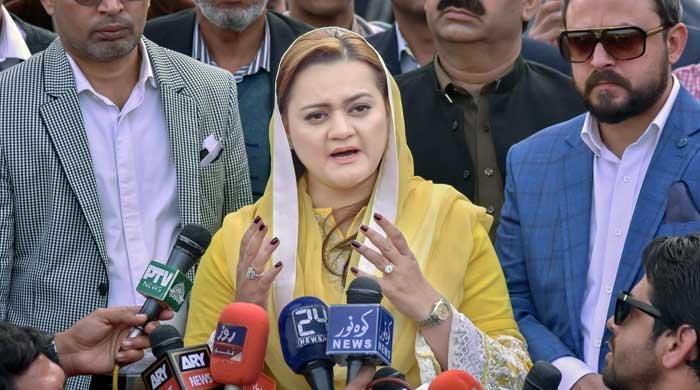 ISLAMABAD: Pakistan Muslim League-Nawaz (PML-N) spokesperson Maryam Aurangzeb on Monday said that the federal government has developed electronic voting machines (EVMs) for electoral fraud and suggested that the Pakistan Media Development Authority (PMDA) There is a plan to cover up this deception.

The spokesperson termed the electoral reforms introduced by PM Imran Khan and the PMDA as black laws and said that the PML-N rejects EVMs and authority as they are both “unconstitutional”.

Aurangzeb said that this incompetent government is now preparing to pass the black law of PMDA but still it will not be able to hide its incompetence, incompetence and corruption.

He further said that PML-N would not allow anyone to deprive the people of their right to vote or freedom of expression.

Referring to Prime Minister Imran Khan, Aurangzeb said that the West’s example was the “worst dictator” in terms of constitutional rights and civil liberties.

Imran Khan Mafia Private Limited Company wants corruption to continue under his patronage and no one to expose him. Aurangzeb said that he wanted to ruin the economy by robbing the citizens in the name of sugar flour and other utilities and no one raised any question against him.