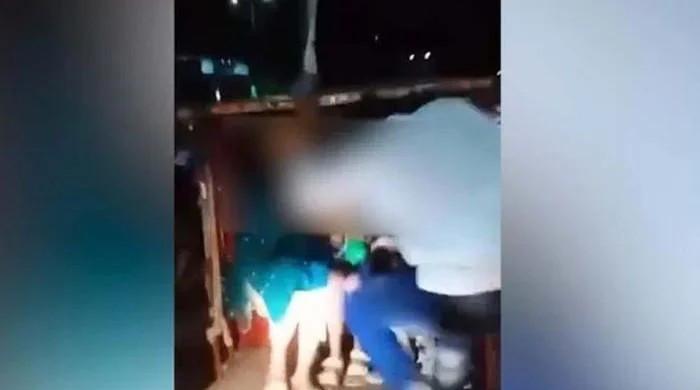 LAHORE: In a significant development in the Lahore harassment case, Punjab police on Sunday arrested a man who filmed a viral video of a woman being sexually harassed inside a rickshaw on the occasion of Independence Day.

Dr. Shahbaz Gul, Special Assistant to the Prime Minister for Political Communications, confirmed on Twitter that the police had arrested the man who recorded the video and was questioning him.

Police will soon arrest the man who harassed the woman, he added.

Gul also provided an update on the Minar Pakistan attack case, revealing that police have so far arrested 34 suspects from South Punjab.

He revealed that a total of 126 people have been arrested in the case.

The video evokes outrage from various sections of society.

A video clip shows two women sitting behind a Changchi rickshaw in a busy street in Lahore. A couple of motorcyclists saw the women grabbing the rickshaw, calling to them and attacking them.

The victim is reluctant to come forward and identify the culprits.

Geo News. It was reported on Sunday that two suspects have been arrested in connection with the Qanqagi harassment case.

Sources told Geo News that the victim, who spoke to police by telephone, was reluctant to come forward and identify the culprit but police were trying to persuade her to co-operate so that justice could be done.

The investigation team has assured the victim that the police will fight the case on behalf of the girl so that she does not have to appear in public.