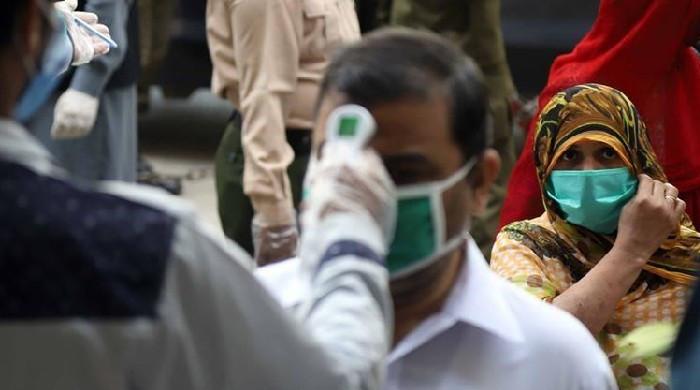 ISLAMABAD: The death toll from the corona virus in Pakistan has crossed 25,000 after 80 deaths were reported on Monday morning, according to the National and Command and Operations Center (NCOC).

With 80 recent deaths in the last 24 hours, the number of deaths from the virus in the country has risen to 25,003.

The positive rate is now 7%.

It is worth mentioning here that the infections of Covid 19 are decreasing in Pakistan, on an average 3, 3,628 new infections are reported every day. That’s 62% of the peak – the daily average was reported on June 17.

Pakistan has so far given at least 46,456,077 doses of covid vaccine. Suppose each person needs 2 doses, which is enough to vaccinate about 7.7% of the country’s population.

During the reported last week, an average of 59,594,775 doses are given daily in Pakistan. At this rate, it would take another 73 days to provide enough food for a further 10. population.

The Sindh government closed the school till further orders.

In view of the increasing cases of Code-19 in the province, Sindh has decided to keep schools closed for a long time on Sunday.

The IHC says the commission can only be formed if there is a reason to do so.