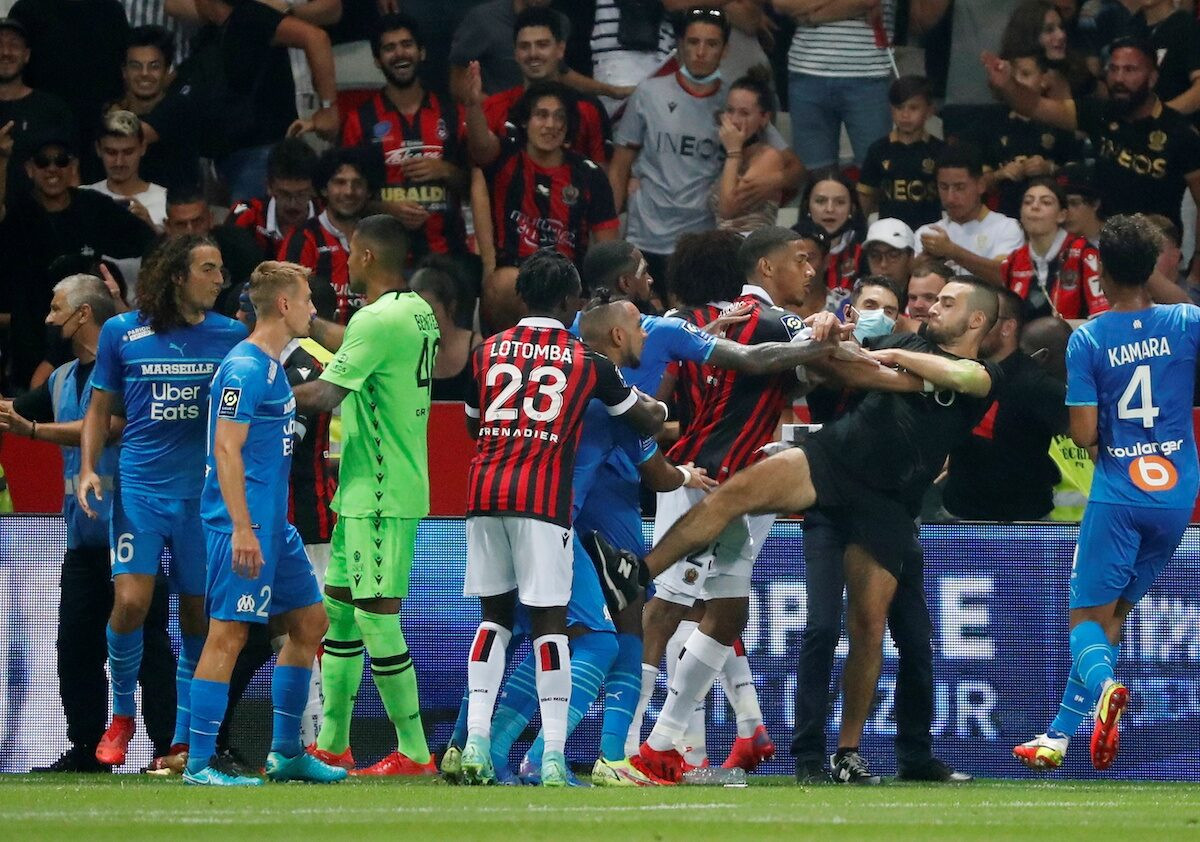 The Ligue 1 clash between Nice and Olympique Marseille was called off on Sunday in the 75th minute after a mob rage as Marcel’s players clashed with home fans who fired missiles at them and stormed the pitch.

Good supporters threw bottles of water when Marcel was about to take a corner and, after moving forward, Dmitry Payet threw his back at them, when some spectators arrived on the field, a massive fight broke out.

Both teams retreated to the tunnel and referee Benoit Bastin stopped the game for 90 minutes before canceling the match. The good players returned to the pitch several minutes earlier because the Marseille players refused to join them.

Nice president Jean-Pierre Rivera called on Nice supporters to remain calm on the sound system during the delay, but Marcel’s players and staff refused to move forward.

Marcelo president Pablo Longoria said the club had decided not to continue the match despite a decision by football officials that the game should resume.

“The league decided that the match should continue but we decided not to do so because the safety of our players was not guaranteed,” he told a news conference.

“What happened today is unacceptable. We must set an example for French football and that is why we decided to return to Marseille.

Scenes from the Nice vs. Marseille match.

Payet threw a bottle at a crowd of good fans.
pic.twitter.com/21R8bsZhya.

Rivers partly blamed Piot and his teammate Alvaro Gonzalez for the chaos when they responded by throwing bottles at Nice fans and accusing Marseille staff of killing some of the domestic players.

“It’s disappointing that the game ended that way,” he said.

“Everyone saw what happened. We can’t deny that the water bottles were thrown because we could all see it. What sparked the clashes was the reaction of the two Marseille players who retaliated.

After that, it is unfortunate that Marseille security personnel intervened on the ground and killed our players.

In the first leg, Marseille’s 3-2 win over Montpellier was held for 15 minutes in the 89th minute when home fans threw water bottles at incoming players and resumed it only after the organizers warned the crowd. had gone.

The French daily L’Equipe reported that Marcel’s Piet, Matteo Guendozi and Luan Perez were injured in clashes with Nice’s mob on Sunday and that riot police were stationed in front of a home full of Ultras.

Nice was leading 1-0 when the match was interrupted when Swedish striker Caspar Dolberg lost the first goal to Marseille in the 49th minute.