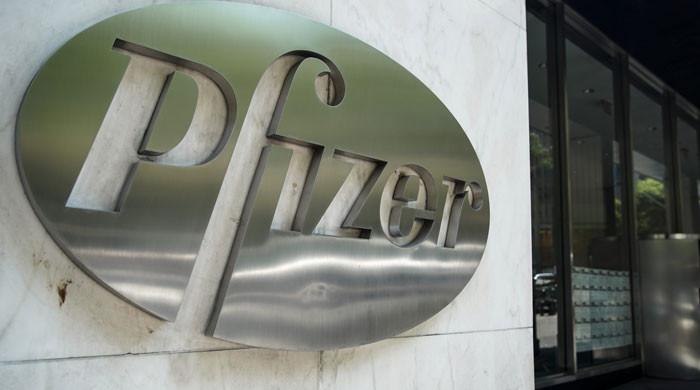 WASHINGTON: The U.S. Food and Drug Administration on Monday fully approved the Pfizer-Biotech coveted shot, sparking a new wave of Delta vaccine mandates in the country.

About 52 percent of the American population has been fully vaccinated, but health officials have hit a wall of reluctant people to stop the national campaign.

“Today I am calling on more private sector companies to meet the vaccine needs that will reach millions of people,” he said.

Pfizer’s vaccine, which will now be sold under its brand name Cominternati, is the first company to receive full approval.

More than 200 million Pfizer shots have already been issued under the Emergency Use Permit (EUA) issued on 11 December 2020.

The decision to fully approve it in people 16 years of age and older was based on the latest data from a clinical trial of the drug, which involved more than 40,000 people, who have been vaccinated against the virus. Found 91% effective.

The FDA traced six months of data from a vaccine series of 12,000 vaccine recipients.

The most commonly reported side effects were mild and included pain and swelling at the injection site, as well as headache, chills, and fever.

The agency is continuing to investigate safety data on myocarditis, a very rare but worrying condition, especially within seven days of the second dose.

Boys between the ages of 12 and 17 are most at risk, with available data showing that most people recover but some require intensive care.

The U.S. military said shortly after the announcement that it would make the vaccine mandatory, and many private businesses and universities are expected to follow suit.

New York City also said that all of its Department of Education employees will be required to receive at least one dose of the vaccine by September 27, without the option of regular testing.

The vaccine is available to children 12 to 15 years old under emergency use, but since it is now fully approved, doctors can prescribe it to children under 12 years of age if they believe It will be beneficial.

But Acting FDA Commissioner Janet Woodcock recommended the use of so-called “off-label” use in young children unless clinical trials report their data, which is expected later this year.

“We need to get information and data on usage in young children – they are not just young adults,” he told reporters, stressing that knowing the right diet is key for this group.

Experts praised the development, which has been under way for months.

Amish Adalja of the Johns Hopkins University Center for Health Security called the development “good news” that could affect those on the fence.

“An important point of the anti-vaccine movement that falsely claims to be an ‘experimental vaccine’ has been removed,” he told AFP.

Eric Toppole, director of the Scripps Research Translation Institute, added that he expects to see “tens of millions of Americans vaccinated” as a result of the new mandate.

A recent survey by the Qaisar Family Foundation found that 30 percent of adults said full approval would make them more likely to be vaccinated.

The approval comes at a time when the highly contagious Delta variant is destroying the country, with about 80,000 Americans hospitalized with coyotes and more than 700 dying daily.

The worst-hit areas are the southern states of Florida, Alabama, Mississippi and Louisiana.

Vaccination rates in these states have risen in recent weeks, but national rates are still well below their peak since the spring.

Corona virus infection has killed nearly 628,000 people in the United States, making it officially the world’s most affected country – although experts say it is possible that India could actually set a record. ۔

Vaccines are less effective than different types of delta as they were against previous strains, especially against infections, which makes the goal of vaccination at a high population level important.

The Biden administration announced plans last week to make booster shots immediately available to those who have compromised immunosuppression, and recommended that all vaccinated people be given a third shot eight months after the second.