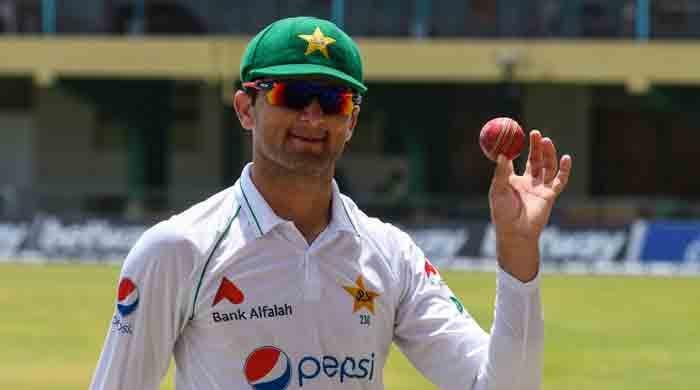 KARACHI: Pakistan fast bowler Shaheen Shah Afridi on Tuesday vowed to repeat his impressive performance on the last day to win the second Test against the West Indies.

Shaheen Shah Afridi took 6 wickets for a career-best 51 runs as Pakistan bowled out the West Indies for 150 in the first innings, giving Pakistan a 152-run lead before the tourists lost their second innings of 176 / -. Declared 6, gave West Indies a target of 329 runs to win the second Test.

Giving credit to his team, the left-arm pacer said that it was the team’s attempt to bowl out the West Indies for 150 runs.

“Thank God we managed to get the West Indies out already,” he said. We will try to repeat the same bowling performances and bowl them out on the last day and win the Test.

Participation in bowling is as important as participation in batting. When you put pressure on the batsmen from both ends, then it becomes easier to take the wicket. Muhammad Abbas and Fahim Ashraf supported me a lot.

He said he and his teammates would repeat the same show and forge solid and deadly bowling partnerships to put pressure on the West Indies batsmen on the final day of the Jamaica Test.

“The last day is important for us, we will keep up the pressure on the home team from both ends and get them out as soon as possible,” the fast bowler said.

The 21-year-old bowler from Khyber Agency added that it was a good moment for him to have the best personalities of his career against the West Indies.

“It’s a proud feeling, taking 5-fer is always a good moment. You’re always happy when you do something for your country.

“I dedicate this performance to my family who have always prayed for my success and supported my efforts,” the young bowler said.