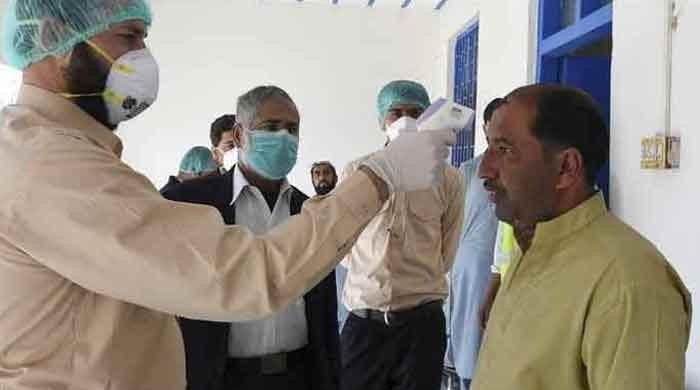 ISLAMABAD: The fourth wave of Covid 19 infection has hit Pakistan hard as the number of active cases in the country crossed 90,000 on Tuesday.

According to the National Command and Operations Center (NCOC), the number of active corona virus cases in Pakistan has risen to 91,046 today after 4,075 new cases were detected in the last 24 hours.

This is the highest number of active cases in the country since April 29, when 91,547 people were recorded as infected with the virus.

According to the NCOC, 59,943 tests were performed in the last 24 hours, of which 4,075 were positive. The corona virus positivity rate has dropped slightly from 7% to 6.79% on Monday.

There were 25,000 deaths in Pakistan yesterday. Ninety-one people have died from the infection in the last 24 hours, bringing the total number of deaths to 25,094.

Another worrying aspect for Pakistan is the number of cases of coronavirus infectious diseases, which has increased by 123 in the last 24 hours to 5,513.

As far as the country’s vaccination data is concerned, the NCOC said that 585,104 single doses of vaccine were given to people on the same day on Monday while 379,809 people were given second vaccine jobs on Monday. Gone