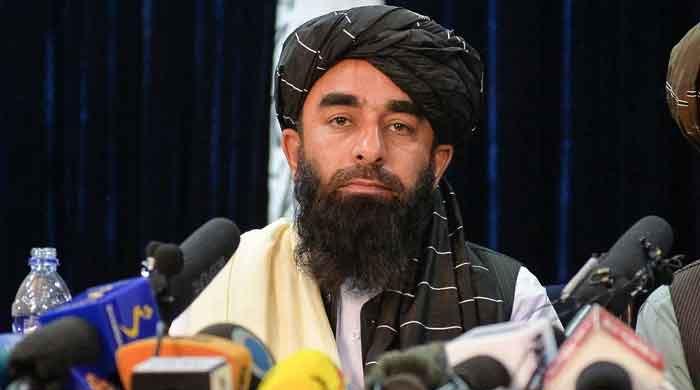 KABUL: A Taliban spokesman said on Tuesday that the United States should stop deporting skilled Afghans, and warned Western forces not to extend the August 31 departure deadline.

The group said the US was taking engineers like “Afghan experts” out of Afghanistan.

“We are asking them to stop this process,” spokesman Zabihullah Mujahid told a news conference in Kabul.

A senior Taliban spokesman made a series of demands during a live broadcast on Tuesday as US-led troops stepped up operations to evacuate thousands of people from Kabul.

The spokesman reiterated the group’s earlier announcement that the Taliban would not allow the US to extend next week’s deadline for a full withdrawal.

Mujahid said that they have planes, they have an airport, they should evacuate their citizens and contractors from here.

President Joe Biden has said he hopes to stick to the August 31 deadline for the withdrawal of US troops, but is under pressure from European allies and Britain to go beyond history. Is facing

According to the US government, about 50,000 foreigners and Afghans have fled Kabul airport since the Taliban came to power nine days ago.

Many Afghans fear that the Taliban, who first came to power in 1996-2001, repeated the brutal interpretation of Sharia law and retaliated by working with the US-backed government for the past two decades.

The Taliban, who ended a two-decade war with a surprisingly rapid defeat by government forces, are publicly tolerating evacuation efforts.