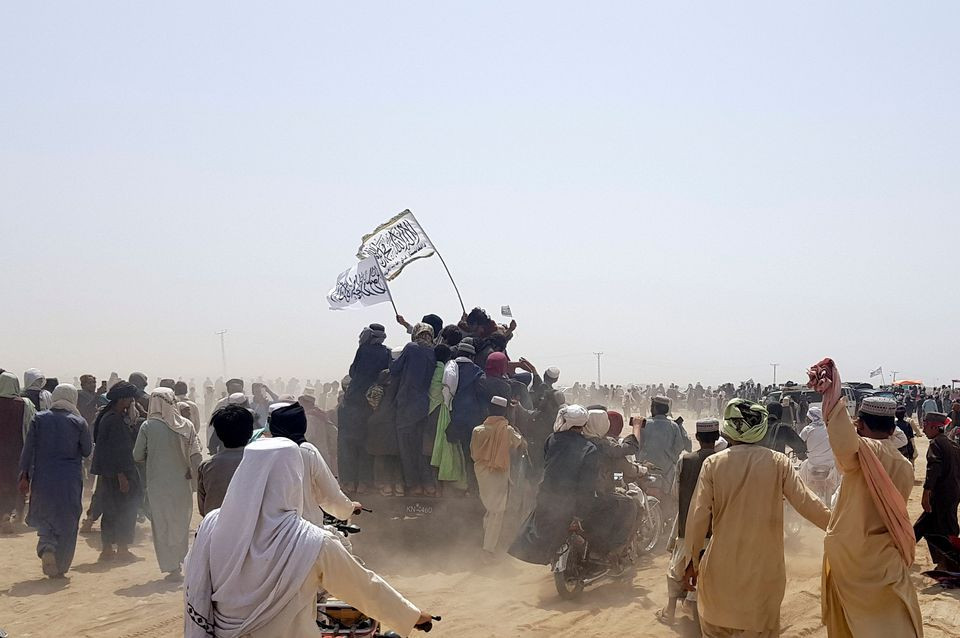 Instead of being happy, we should be vigilant and be very critical of the situation because there is so much at stake.

Kabul fell on August 15, bringing down the Afghan government and bringing a wave of happiness to various sections of Pakistani society. In fact, it seems that Pakistan has gone into a frenzy. Just when the world’s media was showing pictures of desperate Afghans trying to flee Kabul until it meant clinging to a departing plane, our Prime Minister was getting angry and To announce That Afghans have “broken the chains of slavery.”

Many TV anchors are celebrating the return of the Taliban as a victory for the poor and helpless over a superpower. His happiness has been shared by a large majority of educated citizens of Pakistan and social media is full of posts about the “Indian defeat”. Even before Complete eliminationf Afghan government, there were viral trends like “#TalibanOurGuardiansDefinition of Taliban

Those who support the Taliban can be divided into three categories.

First, those who support the overthrow of the Indian-American-backed Afghan government. for them This Defeat is enough to shed light on any concerns about the Taliban. They don’t care what happens to the millions of Afghans who are worried about their future. In fact, such people believe that ordinary citizens who now support the falling Afghan government deserve the Taliban’s brutal revenge.

The second is made up of self-made moderate supporters. Who are also happy with the defeat of the Afghan government but at the same time facing the Taliban’s brutal and well-documented scholarly differences from the past, especially with regard to the treatment of women and minorities. Because the world is good. Laid the groundwork for concern. On the Taliban’s brutal rule, in order to resolve this intellectual contradiction, they try to portray the Taliban as kind people who are misunderstood and reject every concern as Western propaganda. He is also targeting Pakistanis who are expressing concern, armchair theorists and Western media victims, unaware of the ground realities.

Some have gone so far as to say that Afghan citizens also misunderstand the ‘type’ Taliban. The biggest proof of this claim is that since taking power, the Taliban have offered a general amnesty and not killed people as brutally as they did in 1996.

The third type of supporters are religious extremists, who believe that Afghanistan needs a Taliban government, as it seems to be in line with their interpretation of religious principles. Although he defends the Taliban against allegations of unjustified barbarism against opponents, he has no problem treating women and inflicting harsh and frequent public punishments. He appreciates the Taliban’s style of governing and many of them believe that the same approach should be followed in Pakistan.

Truth be told, I am very disappointed with all this happiness. We are just forgetting that the TTP has wreaked havoc over the years, including the Army Public School (APS) massacre. While it is true that the TTP is a different group, it is ideologically similar to the Afghan Taliban and also linked to al-Qaeda. In fact, since coming to power, the Afghan Taliban have reportedly begun releasing TTP prisoners.

Furthermore, although the ousted Afghan government had the backing of the United States and India, there was no question of celebrating the Taliban’s occupation. In fact, the celebration not only shows a complete lack of sympathy, but also presents a misleading romantic image of the Taliban.

Those who are happy because Indian ambitions have been defeated in Afghanistan are ignoring the coming misery that the whole country will face and by doing so they will also create permanent hatred for Pakistan in a large section of Afghan society. have been.

Those who are celebrating and claiming that the Western media has misrepresented the Taliban are deceiving themselves. They are completely forgetting the history of the Taliban’s brutal rule. Widespread persecution of religious minorities And Complete cut Whatever the shortcomings of the deposed Afghan government, the fact that women and minorities feel more secure cannot be denied. Women, especially, enjoyed much more freedom than under the previous Taliban government. Right now, they’re scared, and as I write this, some are starting to take to the streets.

In response, some are pointing to the Taliban. Women are allowed on TV. After their capture and proving that they have become more moderate in their views. Similarly, many are comparing the Taliban’s current and relatively “peaceful” take over With the utmost brutality shown in 1996 and claiming that this group has completely changed.

Although the Taliban did not show the kind of barbarism they displayed in 1996, it cannot be accepted as a permanent change. In all likelihood, this is nothing more than a short-term strategic effort to show the world a soft face, as they desperately need international recognition and legal status. This strategic move cannot be seen as evidence of permanent change. In fact, their initial soft-spoken attitude has already begun to weaken as they face growing protests.

One problem with such extremist groups is that when they appear more moderate, they do not do so permanently and may return to their old ways when the initial goals have been achieved and the public and media The focus has changed. Therefore, there is absolutely no reason for anyone to believe that this apparent change is going to be permanent. The world must be vigilant and demand that the Taliban soften its stance and link it to their demand for acceptance.

Right now, instead of being happy and presenting a misleading picture of the Taliban, we must be vigilant and highly critical of the situation because so much is at stake.