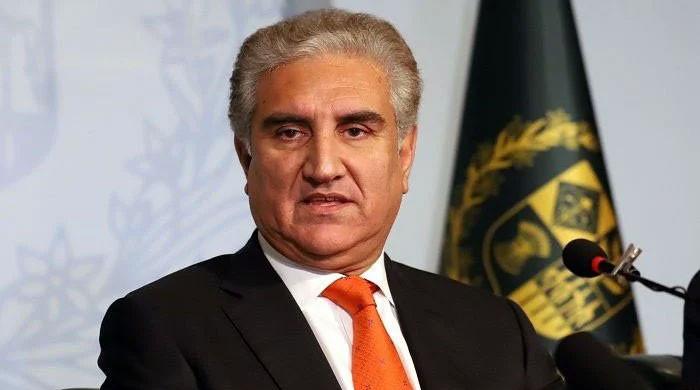 ISLAMABAD: Foreign Minister Shah Mehmood Qureshi arrived in Tajikistan on Wednesday on the first leg of his four-nation tour.

During his stay in Dushanbe, Shah Mehmood Qureshi will meet today with his Tajik counterpart Sirajuddin Mehruddin and President Emomali Rahmon.

The meetings will focus on issues of mutual interest, bilateral co-operation, the deteriorating situation in war-torn Afghanistan and future strategies.

The purpose of the Foreign Minister’s visit is to hold consultations with neighboring countries so that a joint strategy can be adopted to address the challenges facing the region in view of the developing situation in Afghanistan.

Earlier, Foreign Minister Shah Mehmood Qureshi left for a four-nation visit to the Central Asian Republic (CARs) and Iran to discuss the deteriorating situation in Afghanistan with the leadership.

After Tajikistan, the Foreign Minister will visit Uzbekistan, Turkmenistan and Iran.

Amid the tense situation in the war-torn country and the ongoing talks to form a comprehensive government after the fall of Ashraf Ghani’s government, the Pakistani minister’s four-nation visit is considered important.

The Foreign Office said on Tuesday that “during the visit, the Foreign Minister will hold high-level talks to exchange views on the deteriorating situation in Afghanistan and the development of bilateral relations.”

During the August 24-26 consultation, the Foreign Minister will share Pakistan’s views on the latest developments in Afghanistan.

The FO said Pakistan believes that neighboring countries play an important role in peace, security and stability in Afghanistan and the region.

“Close liaison with neighbors is essential to address common challenges and advance common goals of peace, security, stability and regional connectivity,” he said.

In a bilateral context, the Foreign Minister’s visit to these countries will be based on the recent high-level exchanges to further strengthen closer cooperation.

The FO said Pakistan wants to deepen and expand its multilateral cooperation with these partners.

The Foreign Minister’s visit will help promote a cohesive regional perspective as well as strengthen Pakistan’s ties with Central and West Asia.