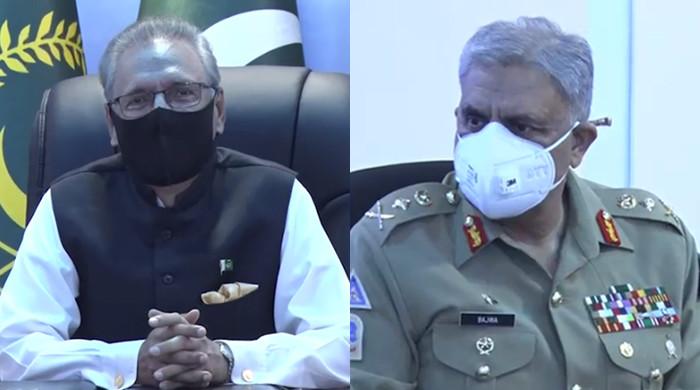 A statement from Inter-Services Public Relations (ISPR) said the development took place during a meeting with Chief of Army Staff General Bajwa at General Headquarters (GHQ).

The President acknowledged the unparalleled contribution and sacrifices of the Army for Pakistan’s external and internal security.

The President appreciated the Army’s capability in the field of coordination mechanism with information technology and other stakeholders, the ISPR statement said.

The President was also briefed on the Army’s operational readiness and a briefing on cyber security by the Communications and Information Technology Branch, the ISPR said.

Earlier, on his arrival at the GHQ, the Army Chief received President Alvi, where he was later presented a guard of honor, ISPR said.

The media wing of the army added that the president laid a wreath at the memorial and offered prayers.