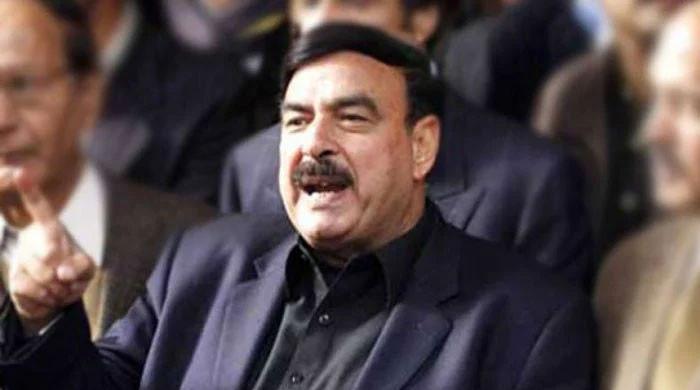 ISLAMABAD: Interior Minister Sheikh Rashid on Wednesday said that India was not satisfied with the current situation in Afghanistan.

Addressing a press conference here today in Islamabad, he said that Prime Minister Imran Khan would address the international community in the next 10 to 15 days on the emerging situation in war-torn Afghanistan but did not elaborate.

Sheikh Rashid said that Islamabad would not allow the TTP to carry out subversive activities in Pakistan, adding that border crossings between the two countries were open.

He added that Pakistan is not under any pressure from migrants.

The Home Minister, without naming anyone, warned that “enemy elements” were bent on destroying peace in Balochistan.

“I watched the interviews of Sohail Shaheen and Zabihullah Mujahid,” the minister said. He assured that Afghanistan’s territory would not be used against any other country in the world.

Indian consulates in Afghanistan were being used for anti-Pakistan activities

The Minister said that India was conspiring against Pakistan, adding that the emerging situation in Afghanistan was painful for India.

The minister said that Indian consulates in Afghanistan were being used for anti-Pakistan activities during Ashraf Ghani’s presidency, adding that New Delhi was now defeated after being ousted from power by the previous government. Has tasted

The Minister further said that New Delhi was involved in conspiracies against the China-Pakistan Economic Corridor, adding that Pakistan would not allow any conspiracy against this project to succeed.

The Home Minister said that no power in the world can abolish C-Pack.

He said that Pakistan was working round the clock to ensure the evacuation of foreigners, journalists and diplomats from Afghanistan.

“So far, a total of 2,538 people have been brought in from Afghanistan. [to Pakistan] “Through Kabul airport, 1,100 people have returned to Afghanistan from Pakistan through the Torkham border,” he said. “