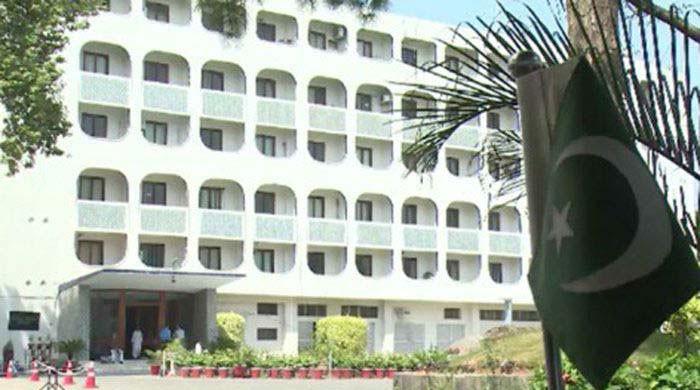 ISLAMABAD: Pakistan on Wednesday strongly condemned the demolition of the ancient Bilal Mosque in BJP-ruled Haryana by Indian authorities along with the soft judiciary under the BJP-RSS government.

Foreign Office spokesman Asim Iftikhar Ahmed said the Hindutva-run BJP and RSS were a constant target of Muslims and their places of worship were an indelible mark on the so-called “greatest democracy”.

In a statement, the spokesperson recalled that the Indian Supreme Court in a controversial decision in November 2019 had allowed extremist Hindu parties to build a Ram temple on the historic site of Babri Masjid, which was demolished by Hindutva goons in 1992. ۔

The FO statement further said that the Indian judiciary was also guilty of acquitting the culprits who had organized the destruction of the Babri Masjid.

He added that during the anti-Muslim protests in Gujarat in 2002 and in Delhi in February 2020, Muslims and their places of worship were attacked in a state partnership and without any judicial accountability.

“Illegally Occupied Jammu and Kashmir (IIOJK) and India continue to target Muslims and their religious sites and cultural heritage,” the statement added.

“We urge India to ensure the safety, security and well-being of its minorities, including Muslims and their places of worship and cultural sites,” he added.

A Muslim bangle seller in India was brutally beaten by a mob.

Earlier on August 23, a Muslim bangle seller in Madhya Pradesh, India, was brutally beaten by a mob for allegedly using a fake name.

According to a report, if a man hides his name, caste and religion, it becomes bitter.

The minister had said that the incident – which took place in MP’s Indore on Sunday – should not be given a “sectarian color”.

The mob also allegedly robbed the man of 10,000 Indian rupees.

“He was using a Hindu name, even though he belonged to a different community. He also had two different Aadhaar cards. […] He was selling bangles that our daughters wear henna during the monsoon. […] That’s how the quarrel started, “the minister said.