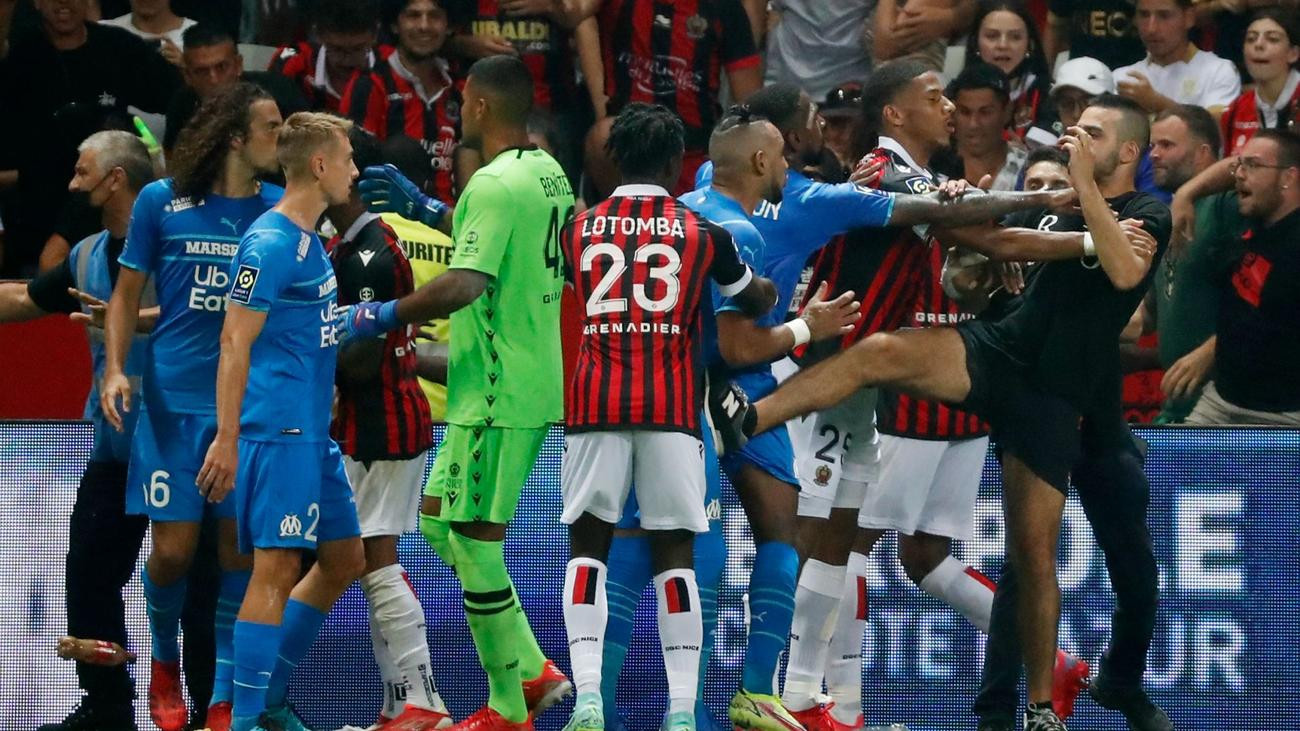 The French League (LFP) wrote to the country’s government and in an AFP letter on Tuesday called for “collective action” over the ugly scenes of Marseille abandoning the game in Nice.

On Sunday evening, supporters of the house stormed the pitch and confronted visitors with Dmitry Payet, who was thrown a bottle at them by a mob.

Then the players and spectators started arguing.

“Extremely tragic scenes … remind us that the security and control of some supporters at football matches is particularly complex.

“The LFP is very limited in its ability to control violence and law and order issues.

He added, “In fact, it is important that those who cause trouble are given significant approval and that this requires collective action from clubs, the authorities, the local and national government, and especially the law.”

The LFP also mentioned the items thrown on the field during the Marseille game in Montpellier on August 8 and the Rains’ home match with the Nantes on Sunday, as well as the crowds in three other flight fixtures this season.

Later, Nice Eco Stadium (NES), which manages the ground, told AFP that a net would be set up between the pitch and the crowd to catch objects thrown by supporters behind a goal. Coins

The NES said work on the South Stand would take two weeks and they would be ready for a visit to Montpellier on November 7.

Earlier, Marseille owner Frank McCourt said he supported his team’s decision to leave the field at the Allianz Riviera Stadium over the weekend.

Following the incidents on the south coast, local authorities in Nice launched an investigation and police arrested one person.

On Wednesday, Marseille and Nice will discuss the behavior of their players, coaching staff and directors before the LFP’s disciplinary committee.