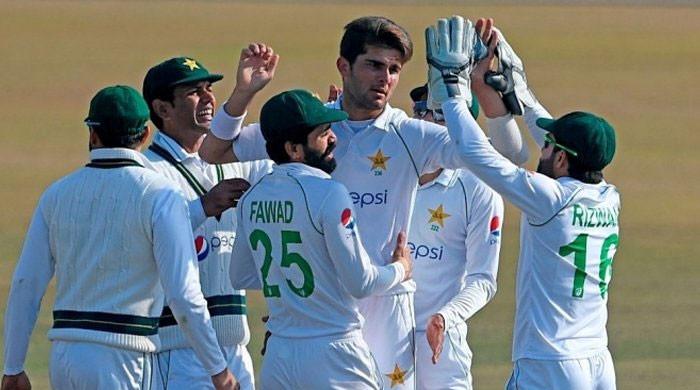 ISLAMABAD: The national cricket team will arrive in Pakistan on August 27 after winning the T20 series and drawing the two-match Test series against the host West Indies. Geo News. Is informed.

Sources said that the Pakistani cricket squad will land at Lahore Airport between Thursday and Friday (August 27) night. They will travel from Jamaica to Pakistan via London.

However, Azhar Ali, Yasir Shah, Muhammad Abbas and Naseem Shah Watan will not return as Yasir and Naseem will travel to Antigua to participate in the Caribbean Premier League while Abbas and Azhar will stay in London to play county cricket.

The Test series between Pakistan and the West Indies made a unique mark for the Green Shirts as they became the only team to win the Test twice after a poor start and take three wickets for just two runs or less in the first innings of the match. Lost and won the test.

Earlier, Pakistan had won the Karachi Test against India in 2006 with the same disappointing start to the innings.

Pakistan continued their winning streak in the West Indies tour as the side has not lost a single multi-match bilateral series against the hosts in any format since 2000. Pakistan has played 20 such series since 2000.

The Test series is especially memorable for fast bowler Shaheen Shah Afridi, who hit a career-best 94, surpassing Mohammad Asif, who scored 11 of 71 against Sri Lanka in Kandy in 2006.

Afridi also became the fourth youngest fast bowler to take ten wickets in a Test. In this record, he surpasses Wasim Akram, Waqar Younis and Muhammad Zahid. Irfan Pathan and Kagiso Rabada are the two youngest pacers who have a Test record of 10 wickets.

The Pakistani fast bowlers took 66 wickets in the Test series, the second highest in the two-Test series. The highest number of 67 wickets was taken by fast bowlers when India toured New Zealand in 2013-14. The spinners could only take four wickets.

In the second Test, Pakistan maintained a score of 6.43 which is the third highest run rate for any Test team. Australia’s highest run rate is 7.53 when it beat Pakistan in Sydney in January 2017, followed by South Africa’s 6.80 in the Test series against Zimbabwe in 2005.