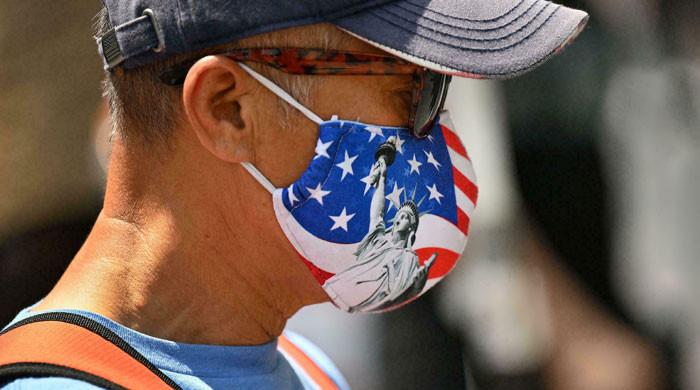 LOS ANGELES (Reuters) – Oregon will have to wear a mask outside, the state governor announced Tuesday, as the United States continues to see an increase in the number of cowardly cases.

The mandate, which takes effect Friday, makes the northwestern state the first in the country to reintroduce a principle that was common in the dark days of epidemics.

“The shape of the Delta is expanding rapidly and widely, pushing our state to the level of a crisis we have not yet seen in an epidemic,” said Governor Kate Brown.

“The number of cases and hospital admissions is at record levels,” he said. A 2019 study found that Oregon has the lowest per capita hospital beds in the country.

“Masks have been instrumental in reducing the number of cases, and are still a necessary step, even in some external settings, to help fight cowardice and protect each other,” Brown added.

The rules mean that everyone – vaccinated or otherwise – must wear a mask in any public place where people from different households are mixing.

Oregon, along with other states, already needs to wear masks indoors, but first they need to be outside.

Los Angeles County, California, announced earlier this month that masks must be worn at major outdoor events, such as sporting events and concerts.

The United States is experiencing a significant increase in Covid 19 infections, driven by a highly contagious delta variety.

Scientists say the poor use of vaccines, which are free and readily available, is hampering the fight against the disease.

About half of all Americans are fully vaccinated, although the take-up varies greatly from region to region.

Despite their proven effectiveness, masks – and vaccines – are highly controversial in the United States, with opposition running through politics, distrust of government, and hostility to science.

Health professionals hope that the full regulatory approval given to Pfizer on Monday will help dispel unfounded suspicions that the vaccine is unsafe.

An increasing number of public and private sector employees need to be vaccinated.

But the suspicions are strong.

A senior firefighter in Los Angeles is under investigation Tuesday after posting a lengthy video in which he called the need for a vaccine for fire department staff “cruel.”