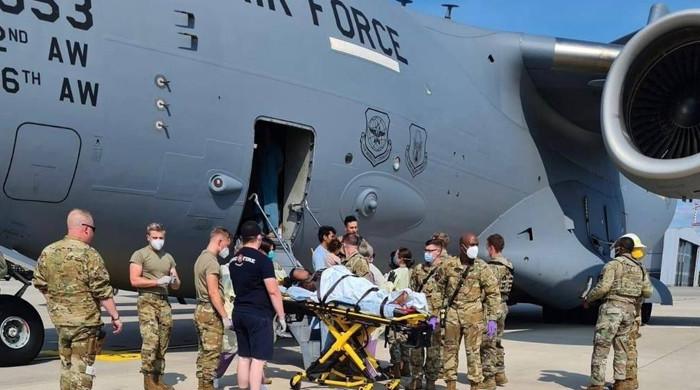 An Afghan woman gave birth on a US evacuation plane last week, just moments after landing at Germany’s Ramstein Air Base, when thousands were seen fleeing the war-torn country.

The head of the US-European Command told reporters on Wednesday that the Afghan girl had been named “Reach” after the plane’s call sign, Zee News reported.

The head of the US European Command said authorities had spoken to the child’s mother and father and decided to name him Reach because the transport plane’s call sign was Reach 828.

The U.S. Air Force said in a statement that while flying from a staging base in the Middle East, the woman went to work and began experiencing complications.

The US Air Mobility Command later said on Twitter, “The commander of the aircraft decided to land at an altitude to increase the air pressure in the aircraft, which helped stabilize and save the mother’s life.”

Immediately upon landing at Ramstein Base, U.S. military doctors assisted the woman in delivering her baby in the cargo hold of the plane.

The mother and baby were then taken to a nearby medical facility “and are in good condition”.

Footage released by the U.S. military shows the mother lying on a stretcher, which was dropped off by U.S. troops at a base in southwestern Germany.

The United States and its allies have called on Afghan fighters to leave Kabul airport on Thursday, citing the threat posed by ISIS militants, as Western troops race to evacuate as many people as possible until August 31.