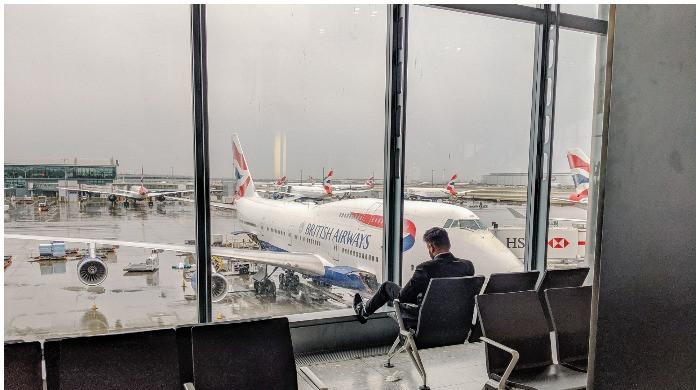 The United Kingdom has decided to put Pakistan on its red list of travel bans, the country announced in its latest travel review on Thursday.

According to Geo.tv., Pakistan has been placed on the red list for “failure to meet the needs of genomic surveillance capability, transmission risk, and various types of anxiety.”

Pakistan was hopeful that it would be moved to the Amber List in the latest review, with government officials, including Prime Minister Imran Khan, urging the British government to move the country to the Amber Travel List.

But it seems that the diplomatic aggression has failed and the trouble of thousands, who are separated from their families, will continue.

According to the latest update, seven countries, namely Canada, Denmark, Finland, Liechtenstein, Lithuania, Switzerland, and Azores, will be on the green list on Monday, August 30, from 4:00 AM.

Thailand and Montenegro, on the other hand, will be added to the red list at the same time.

“Higher rates combined with lower levels of genomic surveillance published in Thailand and Montenegro compared to other countries mean that new varieties or existing forms of concern have been sown and imported across the UK before importation,” he said. He added.

According to the UK government, passengers arriving in the UK from Red List destinations will have to be “isolated for 10 days at the administrative quarantine facility and meet the testing requirements”.

“Statistics from all countries will be reviewed and the government will not hesitate to take action if the data shows that countries’ risk ratings have changed,” he said.

Pakistan had hoped to remove the British government’s travel ban with Turkey from the red list, which remains on the red list.

The department in charge said three major factors determine the final decision on whether to remove the country from the list or retain it.

In an interview with Geo.tv, a spokesman for the Department of Health – which maintains the countries’ traffic light systems – said that genomic surveillance capability, transmission risk, and variety of concerns were key factors in making the final decision. ۔

Asked to comment on Pakistan’s progress in getting off the red list, a health department spokesman said: “Our international travel policy is based on a high priority – public health – and allocating traffic lights. Factors, including genomic surveillance capability, transmission risk, and anxiety variations.

The spokesman explained that the traffic light system classifies countries that protect public health on the basis of risk and combines vaccines with variants of Covid 19 and the Joint Biosecurity Center (JBC) countries and regions at risk. Diagnoses

The government says many countries and regions have limited genomic sequences and variations or do not publish their data and, therefore, it is difficult to monitor variations of concern.

Geo.tv. He also spoke to three MPs who have been in touch with the British government in recent weeks, arguing that Pakistan should be removed from the red list.

Pakistan has made great strides, but “the recent rise in mortality and infection rates is worrying,” said one MP.

Another MLA said he was confident that Pakistan would come out of the red list. “The British government knows that Pakistan has no concern other than the Delta, which has now spread across the UK and is being addressed,” the third MP said.

In a recent letter to Health Secretary Sajid Javed, a group of MPs wrote that placing Pakistan on the red list was causing severe pain to many people in Diaspora who are unable to see family members. Especially parents who are seriously ill, as well as spouses and children.