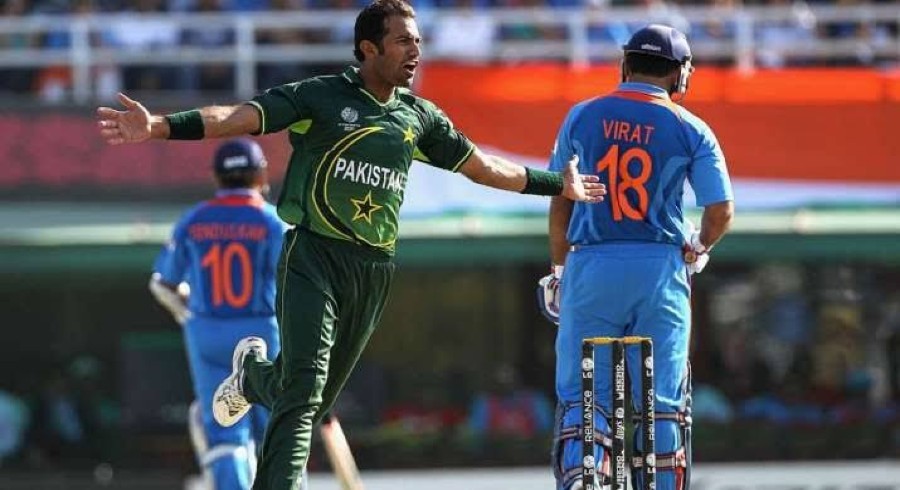 The 36-year-old believed that Pakistan could beat any team in the world if they played to their potential.

In an interview with PakPassion.net, Pakistan fast bowler Wahab Riaz claimed that Man In Green could beat India during the upcoming T20 World Cup.

The 36-year-old believed that Pakistan could beat any team in the world if they played to their potential.

“They are definitely capable of achieving this result. If Pakistan plays to its potential, it can beat any team in the world, including India. Twenty20 cricket is a format where the whole match is a few balls. Or the venue of an event may change and the match between Pakistan and India will not be different. If Pakistan performs its best, it can definitely beat India.

Conditions and where it is being held, I believe Pakistan has a great chance to win the tournament. Pakistan has played a lot of cricket in the UAE, and it gives them a great chance to win the competition. They will know the situation, and they will know what the ball will do. If they can use the terms and use them to their advantage, then there is no reason why they cannot be considered as important contenders for the title.

The fast bowler said that he has nothing to prove while revealing that the final decision on his inclusion in the team is with the national selectors.

“If it was me, yes you would. But it depends on the selectors who they want to add and who they think will be the most useful. As a player, you can do everything. And that’s my goal and that’s what I’m doing all over the world. I’ve recently played in the Pakistan Super League (PSL), and I’ve shown how capable I am, and I don’t think I can afford it. I have to prove it again and again. No matter what they feel, I’m doing well wherever I get a chance to play. So, let’s see what the selectors have in mind and what they want. It’s up to them to be part of future squads.