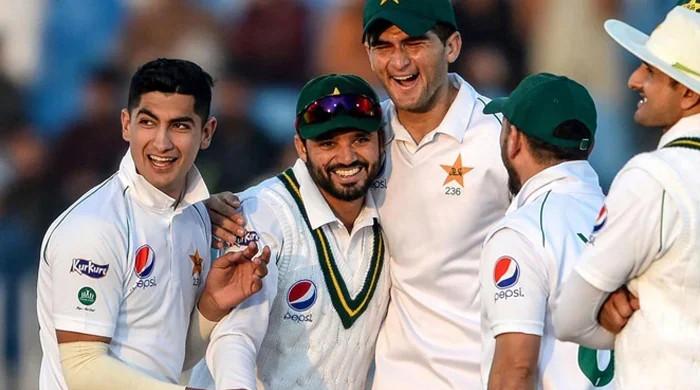 LAHORE: Pakistan cricket team returned to Lahore on Friday after winning the T20 series against the West Indies and drawing the two-match Test series.

Meanwhile, Naseem Shah and Yasir Shah traveled to Antigua to participate in the Caribbean Premier League. And Mohammad Abbas and Azhar Ali did not return home because both players stayed in London to play county cricket.

Earlier this week, Pakistan coach Misbah-ul-Haq had a positive experience with Coved 19 so the coach will complete his 10-day quarantine period in Jamaica and then return.

During the Tour Top West Indies, the Pakistani cricket team became the only team to win a Test match after a poor start, losing three wickets in just two runs or less in the first innings of the match.

Pakistan cricket team has played 20 series against West Indies since 2000.

During the series, Shaheen Shah Afridi scored the best number of his career at No. 94, surpassing Muhammad Asif, who scored 11 for 71 against Sri Lanka in Kandy in 2006.

The Pakistani fast bowlers took 66 wickets in the Test series, the second highest in the two-Test series. However, the spinners could only take four wickets.

In the second Test, Pakistan maintained a score of 6.43 which is the third highest for any Test team.