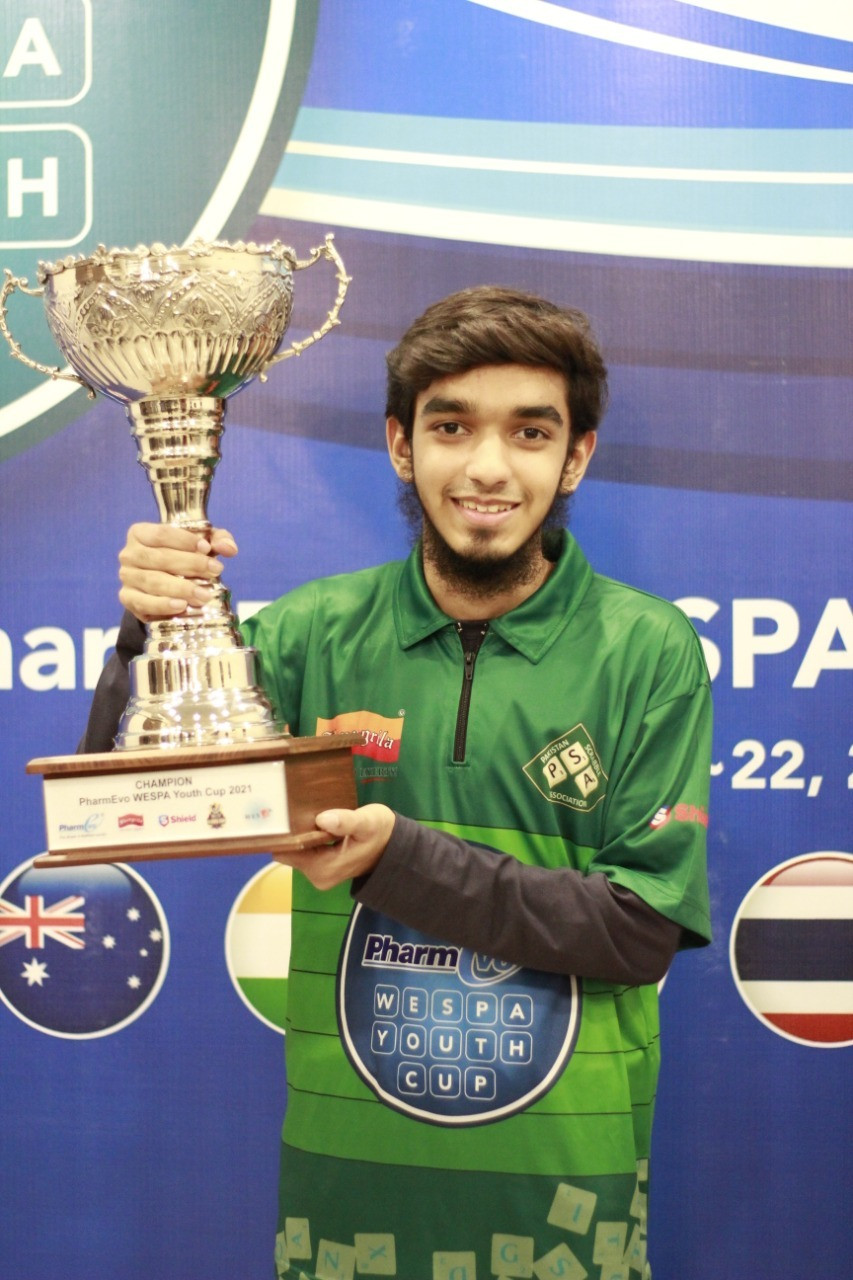 Pakistan’s Scrabble players have repeatedly proved that they are a force to be reckoned with in the international arena and (Imdad) Syed Imdad Ali’s title win in the World Scrabble Youth Cup only takes vision forward.

Emad, 15, won the trophy for the second time as World Youth Champion. Earlier, in 2019, he also won the Junior World title. Its international success reflects the work of a community of which it is a part.

The last two World Youth Cups have been held in practice and hosted by Pakistan. For Amad, he won the title, first in 2018, and now in 2021, which means he is stronger than ever to do better in the game.

“I had a good championship. I had fun. The competition was good, it wasn’t too close, but it was good for me.

He won the championship in the final with 9 wins out of 13 games, with a spread of 330. India’s Madhu Gopal Kamath, 10, became the first Indian to join the top three when he finished second with nine wins, but lost slightly in the spread. Third place went to Thailand’s Nipt Witjanurathuran, who was the best player of the final edition of the Team Event Youth Tournament. Napaton eight games.

The 11th grader said he trained with his coaches for two months to prepare for the event and the hard work paid off, while he is now trying to compete in the World Championships.

“Emad has been playing Scrabble since he was a child because the game was introduced in school. The Pakistan Scrabble Association (PAS) worked to go to schools for grassroots development and from there he has been working for the last five years. He was playing competitive scrabble when he won the interschool event in 2015.

Emad’s ability on the board tiles was evident last year when he won the PSA National Championship and this is the tournament he thinks is his favorite win.

“I won the national championship last year, and it was the most difficult and memorable because I won against experienced and skilled players like Wasim Khatri,” Emad said.

He added that his goal now is to win the world championship with the seniors.

But Emad has the experience to talk about the difference between the last two editions of the World Youth Cup and the virtual championships like going to events.

He became the first Pakistani to win the event twice last weekend, but he looks forward to facing his opponents in the near future to play in the championship.

The PSA had offered Vespa the technology to develop events online, although earlier events were not reliable because players had the opportunity to cheat. However, with the development of technology by PSA players and the overall stagnation in activity since 2020, the Scrabble community has to find better solutions to facilitate players with international standard competitions and events. Was forced.

“I think it’s very useful when we’re playing against our opponents. When we face them, we can guess what their next move is, so I Remember, meanwhile, we have to meet new people and athletes when we go to events, and it’s always helpful and nice.

On the other hand, he feels that winning the championship has been one of his strengths because he does not lose hope easily and he stays calm under pressure.

“I think my strength is that I can handle the pressure,” said the BVS school student.

He added that his favorite player is Pakistan’s first youth champion Moeez Baig who won the title for Pakistan in 2013.

“Moeez, although he doesn’t play anymore, he has been my favorite player in Scrabble,” Emad said.

In the event, Pakistan’s Hisham Hadi Khan won seven of his 13 matches and finished fourth and is the only Pakistani player to make it into the top 10. Pakistan also won the team prize and this is the third time that Pakistan has won this title. Nadeem Omar, president of the Pakistan Scrabble Association and owner of Quetta Gladiators, distributed prizes to the winners.

Development of technology from the ground up

Shining on the competition front, two young Pakistani athletes, Wali Muhammad and Hassan Hadi Khan, developed the technology for the event, which greatly benefited the young athletes and WESPA.

Therefore, this technology was developed by young Pakistani players, especially Wali Muhammad and Hassan Hadi Khan. Fortunately we have a large team of experts who can implement the policy and. [protocols]. We have about 15 to 16 players who can work hard to monitor each player very closely through computers, software and special cameras. If a player tries to cheat, he is caught and we caught a few players last year and kicked them out. This year he knew he could be caught so no one tried to make a move and the tournament went very smoothly.