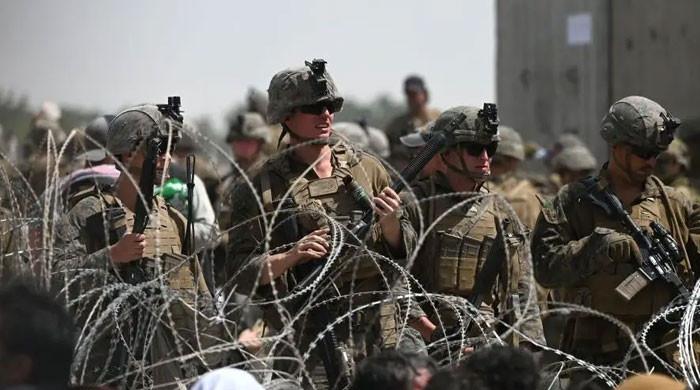 WASHINGTON: A bomb blast at Kabul airport on Thursday killed 13 US troops, the worst one-day loss for the Pentagon in Afghanistan in 2011.

The U.S. Defense Department says two suicide bombers deployed by the Islamic State group’s Afghanistan branch detonated their bombs at a key airport gate and a nearby hotel.

The initial number was 12, which increased when an additional service member died of his injuries.

Major Jim Stinger, a Marine Corps spokesman, said in a statement that 10 U.S. Marines were among those killed and wounded.

The two-decade-long war has killed 1,909 American soldiers. The worst damage occurred on August 6, 2011, when insurgents shot down a Chinook transport on a night mission in Kabul’s southwestern province of Wardak.

Thirty U.S. service members were killed in the crash, including 22 Navy SEALs, eight Afghans and a U.S. military dog.

Earlier, one of the worst tools of the day was a helicopter. On June 28, 2005, three Navy SEALs were killed in a firefight after taking off in the mountains of the eastern province of Kunar.

A helicopter loaded with reinforcements sent a cell to the ground to help retrieve the bodies of the three, killing 16 people on board.

Other major losses include an exchange of fire between hundreds of Taliban fighters and U.S. troops in Vanat, Nuristan Province, in July 2008, in which nine U.S. soldiers were killed.

Fifteen months later, in October 2009, eight Americans were killed in a similar battle with hundreds of Taliban fighters in Kamdish, Nuristan Province.

The war has seen more attacks on Americans than it is supposed to.

On April 27, 2011, eight members of the US Air Force and an American citizen were shot dead by an Afghan pilot at Kabul Airport.

And on December 30, 2009, a “triple agent” who was believed by US intelligence to have camped seven CIA officers and contractors, along with two others, at a CIA facility in eastern Afghanistan. Killed in the name of Chapman.