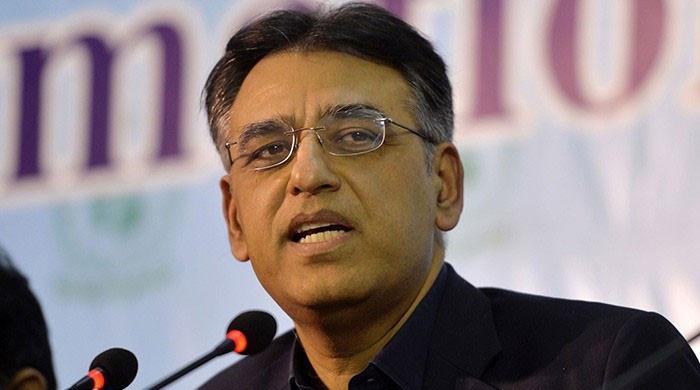 ISLAMABAD: Federal Minister for Planning and Development Asad Omar on Saturday stressed that the world should not repeat the mistake it made after the withdrawal of the Soviet Union from the country.

Asad Omar took to Twitter to urge the international community to engage Afghanistan after the Taliban takeover and not to secede.

In his brief message on war-torn Afghanistan, the minister said, “It is time for the international community to engage Afghanistan and not isolate it.” Part of Afghanistan, honest spending on development can increase global security.

It is important for the world to stay engaged with Afghanistan

According to a statement issued by the Foreign Office, the UN chief and FM discussed the current situation in Afghanistan and efforts to promote peace and stability in the country.

FM Qureshi emphasized that Islamabad would continue to play a constructive role in supporting efforts to promote peace and stability in Afghanistan.

The UN chief thanked Pakistan for its role in facilitating the work of UN agencies and the humanitarian mission in Afghanistan. He sought Pakistan’s continued support in this regard.

Meanwhile, issues of mutual interest, latest developments in Afghanistan and other issues were discussed during the FM telephone conversation with the British Foreign Secretary.

Strongly condemning the terrorist attack near Kabul Airport in which many precious lives were lost, FM Qureshi said that Pakistan was closely watching the emerging situation in the country.