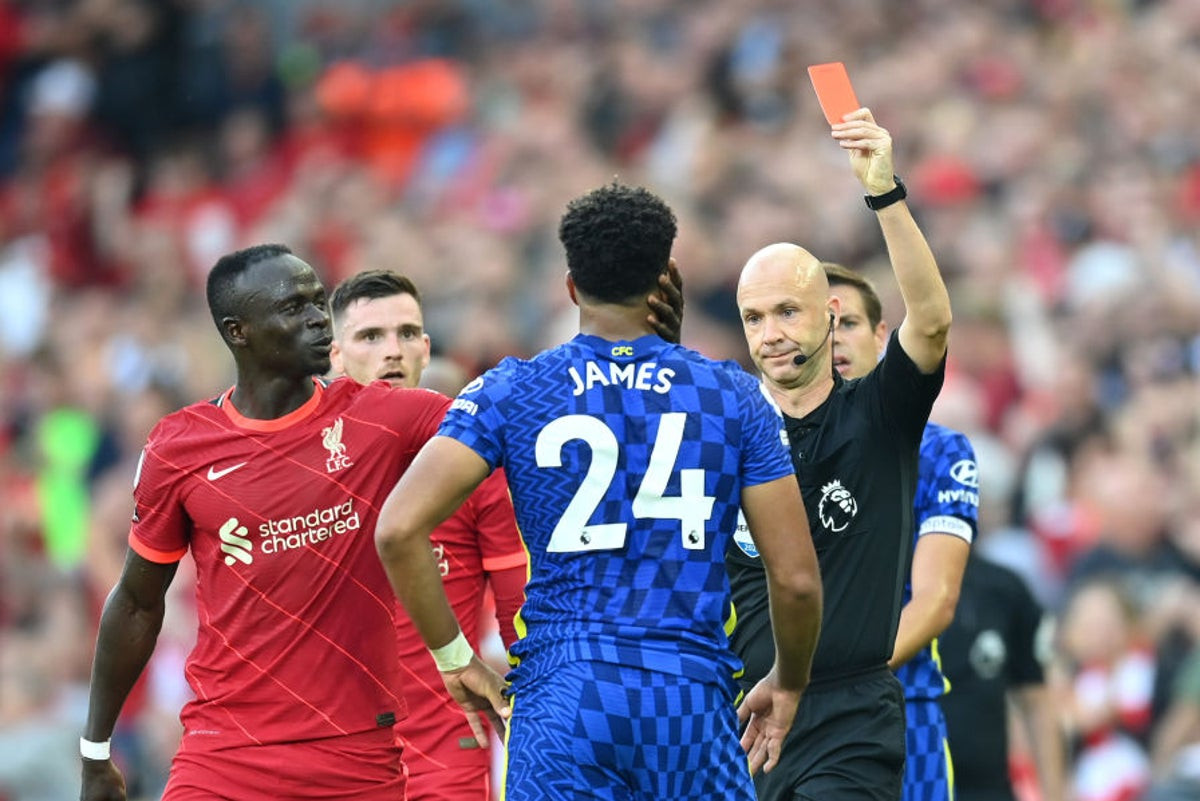 Liverpool manager Jurgen Klopp said the red card given to Chelsea’s Race James in Saturday’s 1-1 draw deprived him of the opportunity to watch a thrilling second half between the two teams.

Although Klopp felt it was a clear handball, he said the red card double penalty as well as the fine had ruined the game.

“I’ve never liked double punishment, but if anyone ever heard me change the rules or the rules, a lot of things would look very different,” Klopp said.

“It was tough. It spoils the game. Yeah maybe. It changed everything. I liked our first half. We were really good. It caused a lot of trouble for Chelsea. It was an incredibly intense game.

“I would have liked to watch the game in the 11th and 11th rounds and see who gets better, but that’s the way it is,” he said.

Despite being disappointed, his team did not win the game, Klopp said, adding that having an extra man in a modern game is no longer a big deal.

“Everything was good except the result. I saw two very good football teams. It was a good first half by us and really a good second because when you play against nine defenders and have to create and create. So it’s very difficult.

“The other half everyone thinks ‘come on’. Occupancy has a definite advantage, you have to increase their numbers and really defend them, but in that case the defense structure changes to be just a little bit deeper defense. But they have eight players who are defending the area. Don’t use it.

“We had shots from a distance, I wish I was a little closer to recovering but it was a good game,” he said.

Klopp said Brazilian forward Roberto Firmino, who left just before the break, had a problem with his hamstring.

“Bobby felt his hamstring, came and told us so we had to prepare for change. Bobby is not the one who raises his hand when he doesn’t feel anything.

“It doesn’t sound very serious but you will never know before the scan, which will happen tomorrow.”