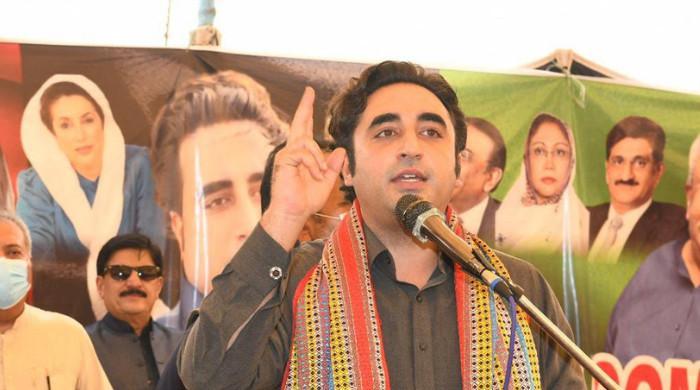 KHAIRPUR: Bilawal Bhutto Zardari on Sunday said that the PTI government was “celebrating three years of destruction” in Islamabad.

Addressing a workers’ convention in Khairpur, he said that Prime Minister Imran Khan had failed to deliver on his promises.

In those three years, Bilawal said, unemployment and poverty had “reached their peak”.

Highlighting the Supreme Court’s decision against the PPP-era law, he vowed to help rehabilitate sacked workers after they were declared illegal and unconstitutional.

The PPP chairman said “no one can snatch away the jobs provided by parliament”, and assured the workers that the PPP would appeal against the decision.

Under the PPP-era Dismissed Employees (Rehabilitation) Ordinance Act (SERA) 2010, a number of individuals were employed or promoted who were forcibly removed from various institutions and departments by successive governments during 1996 and 2007. What was

Earlier this month, the PPP appealed to the Supreme Court to reconsider its decision declaring SERA 2010 illegal and unconstitutional.

Referring to the shores of Sindh by the Center, he said: “When one province is in trouble, it is painful for all other provinces.”

He recalled how Benazir Bhutto’s goal was to “create jobs for the people of Pakistan”.

He said that Benazir Bhutto provided jobs to 16,000 families and Imran Khan snatched jobs from all of them.

“The elected prime minister promised to create one million jobs, but instead of providing jobs, he snatched jobs from those who were already employed,” he added.

Bilawal said that 10,000 employees of Pakistan Steel Mills were laid off due to Prime Minister Imran Khan and their families had to suffer.

“We ask Imran Khan what he is doing to provide employment to the people of Pakistan, as millions of young people have lost their jobs in these three years,” the PPP chairman said.

Elaborating on Imran Khan’s “unfulfilled” promises, he said: “The Prime Minister had promised to build 5 million houses. I ask him if Khairpur is not part of Pakistan. How many houses in Khairpur so far?” Have been built? “

He claimed that five million people lost their jobs in Sindh.

“People in all provinces have lost their jobs,” he added.

“As the youth are struggling under the rule of all other political parties due to unemployment, the PPP will ensure that it creates jobs for the youth,” he said.

“We will not tolerate any injustice. The water crisis (in Sindh) must be resolved fairly, otherwise we will protest across the country as announced earlier in Hyderabad,” the PPP chairman said. ۔

At the end of his speech, Bilawal said: “We need the support of all the Jails (loyalists) across Pakistan. Because when the Jails come out, they fight for their rights no matter what era they are in.”

“We trusted many friends but they all betrayed us,” he said.

The PPP chairman further said that now the PPP’s nets are enough, we will stand on our own feet and do our own politics.